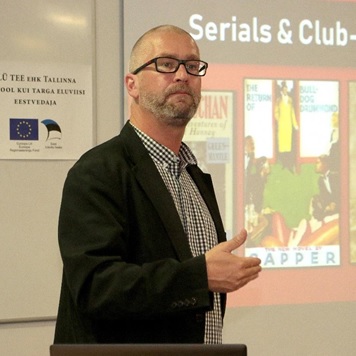 Martin D. Brown is currently lead researcher at the TLU Centre of Excellence in Intercultural Studies (2018-9). He holds a Ph.D. in International History from the University of Surrey, and a M. A. in central and eastern European studies from the School of Slavonic and East European Studies (S.S.E.E.S.), University of London. In addition, he is a Fellow of the Royal Historical Society (F.R.Hist.S.), and a member of the New Diplomatic History Network.

The primary focus of Dr Brown’s recent research is European diplomatic history. He is currently using prosopography to explore the diplomatic networks formed during the negotiations leading up to the Helsinki Final Act of 1975. He is also interested in discourses surrounding the forcible removal of the Sudeten Germans from Czechoslovakia after 1945. So too film in the Cold War and the James Bond franchise. Activities that have resulted in numerous publications in English, Czech, German and Polish.