Politico-legal dimension tries to channel persons’ political agency, moving from responsive to proactive behaviours and political activism. For example, Public Administrations – both in the national and in the local levels – are promoting citizen participation at community activities and civic initiative. The open society would keep no secrets from itself in the public sense, as all are trusted with the knowledge of all. This brings us to the open data and personal data privacy issues - data and trust have become the commody of open societies. While exercising the open politico-legal dimension of open society at technology level, the dilemmas of social justice have to be solved at algorithm levels run by technologies – for example how we can divide the public goods, how the government can nudge people.

Socio-economic dimension of open society prompts for thinner state at service level and reducing state intervention, making individuals less dependent upon the state, mobilizing them and building on their entrepreneurship by increasing community self-help. At technology level we are talking of open service ecosystems where citizens can get services seamlessly from state as well as other providers. The discoverability, connectedness of such services are critical in order to be cost-effective and avoid overlaps but simultaneously being inclusive at the service level, and not overlooking the needs of different small groups’ needs.

Citizen Science as a new research inclusive way for channeling social activism is to be scaled up in open societies, we need technologies and ways of letting the people to make say of what innovations we should fund in the society, and what is the impact of radical socio-technical changes to their life at global and local level.

Political freedoms and human rights are claimed to be the foundation of an open society. The socio-cultural dimension of open society exercises tolerance and democracy in interaction between the public sector activities and individual people’s voluntary activities and their self-development, responsible consumption and environmental responsibility, establishing cohesion and inclusion. Technology plays a key role to enable this citizen participation and exercising social justice, such as inclusiveness at data level used in future intelligent decision support systems and how we open the data for people. People in open society must have technologically enhanced ways of taking the critical frame of mind in the face of communal group think, and staying in the Filter Bubble.

Considering all of the above, we believe that there is currently a lack of professionals in the public and private sector that deeply understand the social processes related to Open Societies and are able to participate in the design of open society systems.

Open Society Technologies is looking for prospective students who would be interested in how to support Open Societies. The program is intrinsically interdisciplinar, so students are expected from all over the world, from different backgrounds. The program suits students who are just out of their bachelor studies and want to obtain specialized skills before going to the labour market, but also for mature citizens who have significant working experience and want to get deeper knowledge on Open Societies.

The students will obtain competences to design, develop and implement knowledge systems for Open Societies, either from the public or the private sector. The program creates a versatile student community; all are welcome. The programme provides inclusive multinational community learning and codesigning in the atmosphere of team-work and social entrepreneurship.

How does learning happen?

The program offers students the competences to support the development of open society systems for contemporary inclusive and open society. They use methodologies for studying socio-technical systems to estimate the role of national, community and corporate culture in formation of community behavior in the context of socio-technical transitions, assess the social impact of introduction of e-governance solutions in various cultural/national contexts. Particular focus is on becoming knowledgeable of the basic issues and specificity of open and inclusive governance, including the legal aspects enabling the competence of analyzing policy trends, assessing their impact and deriving possible development directions.

The students will explore and codesign digital technologies modeling, exploring and optimizing local and global open society processes. During the studies they will exercise co-design and adopt e-services within different society organisations for collecting, aggregating and communicating positions and ideas of a wider community. Students will learn how to design the characteristics of national-, regional and local-level public administration in governance systems. They will become skilful using software tools for publishing and processing open data. They will develop professional and ethical values regarding open societies, and acknowledge intellectual property protection principles.

Our graduates will have capacity in working at innovation related professions  such as open society system architect, analyst, software developer or development manager, digital policy advisor, social entrepreneur, gardener of cyber-physical systems in open society, etc. either in the public sector or in companies that target it. The graduates can continue professional growth and continue studies at the PhD level at Information Society Technologies Doctoral Programme.

The program consists of mostly compulsory core courses divided into four semesters. Students can create their own major with various electives that they find interesting in university. The program councils students to make sure choices are well thought out but offers the students a chance to still design their own future. The program also includes various writing and methodology courses, finally culminating with a big research paper that is similar to a bachelor’s thesis. The program includes compulsory practical training and an interdisciplinary project, both providing practical skills. The program ends with an interdisciplinary exam that covers the core of the program and all the acquired skills.

The Program is also supported by the Ministry of Foreign Affairs of the Republic of Estonia. More precisely: Master's study at Tallinn University on the programme „Open Societies Technologies“ for Kabul University and IT Ministry employees to raise their professionality. 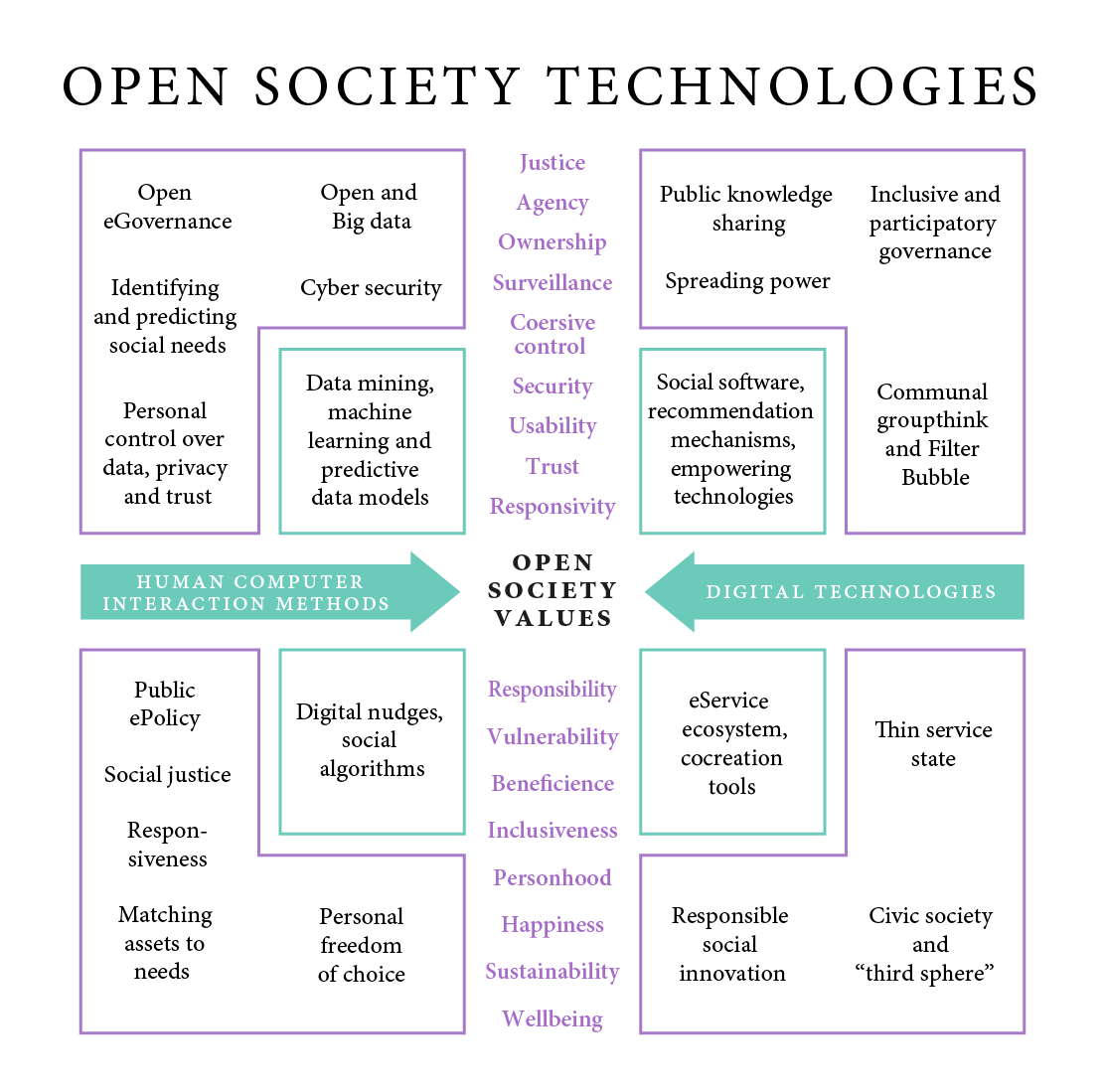 Study regulations during pandemic at TLU

Open Society Technologies is the best program for those interested in technologies for Open Societies. It is an interdisciplinary program carried out by the Institute of Digital Technologies and the School of Governance, Law, and Society. Thus, it offers a chance to get a wide perspective of Open Societies, public participation, and their technological support. The program includes a chance to see the connections between courses and practice interdisciplinary research. Once the students finish their studies, the doors are opened for them to access the employment market or doctoral studies.

See the admission and application requirements for Master's level applicants

Human Rights in the Digital Society

The MA programme in Human Rights in the Digital Society was created to address new developments and challenges in law and society that have arisen in connection with the ever-increasing digitalisation.

The Human-Computer Interaction (HCI) programme at Tallinn University is a multidisciplinary curriculum that emphasises technology for the benefit of people.