Since the disintegration of the Soviet Union at the end of the 1980s, Eastern Europe has been a hotspot of comparative, and at times competitive, discourses about the past that try to negotiate Eastern European memories in the global framework. The project ask what is at stake in these comparisons in cultural terms. It explores post-Soviet Central and Eastern European attempts to make their local histories of the Second World War and the Socialist regime known globally through aesthetic media of memory – literature, film and art – that circulate globally and bring local experiences to global audiences. It also studies the heated public debates that these works of art have provoked in different national and transnational contexts.
What memorial forms have been used to make Eastern European memories intelligible in the global arena? What is gained and what is lost in this translation? What can the different ways that aesthetic acts of memory are received nationally and transnationally tell us about the frictions between these scales of memory and within the nation itself? How has the globalisation of memory practices reinforced national memory in Eastern Europe?
The project argues that the recently reinforced comparative and competitive political discourses about twentieth-century totalitarianism in Eastern Europe can only be understood by exploring the arts that have developed more productive comparative and translational approaches and can, therefore, help to untangle the most recalcitrant nodes of confrontational political discourses and addressing the ethical and political complexity of remembering war and state terror.
The aesthetic media of memory (literature, film, art, museums) are studied in the contexts of wider memory cultures, including their relationship to the politics of memory of different (trans)national memory cultures in the region. The project aims to offer a comparative and transnational view of Central and Eastern European attempts to negotiate their entangled histories of twentieth-century totalitarianisms within the global framework.

This project has received funding from the European Research Council (ERC) under the European Union’s Horizon 2020 research and innovation programme (grant agreement No 853385). 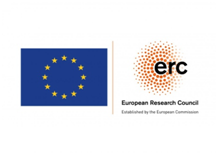