In January 2022 the Preparatory Meeting for Eurocampus 2022 took place at Universiteit Utrecht (Utrecht, The Netherlands). Professors from the network universities came together to discuss the organizational and didactic/pedagogical matters, as well as the curriculum for the 2022 Utrecht Eurocampus.

In autumn 2022, Eurocampus is held at the Universiteit Utrecht  (Utrecht, The Netherlands).

The 15th Anniversary EUROCAMPUS took place from 05 September till 09 December 2016 at the Tallinn University Baltic Film, Media, Arts and Communication School. Prof. Anastassia Zabrodskaja was the person in charge of the management of the EMICC program semester in Tallinn University.

Eurocampus stories in the media 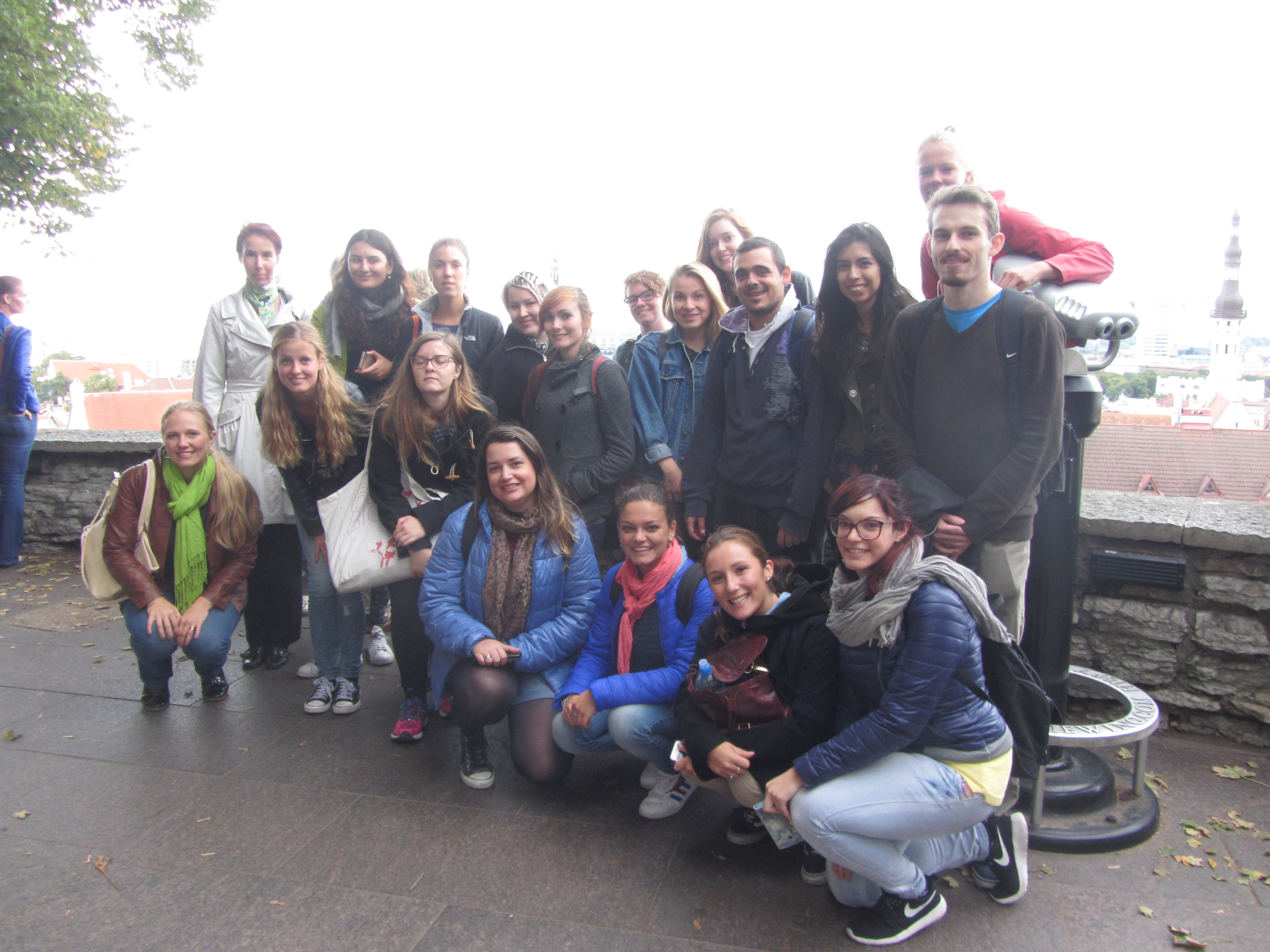 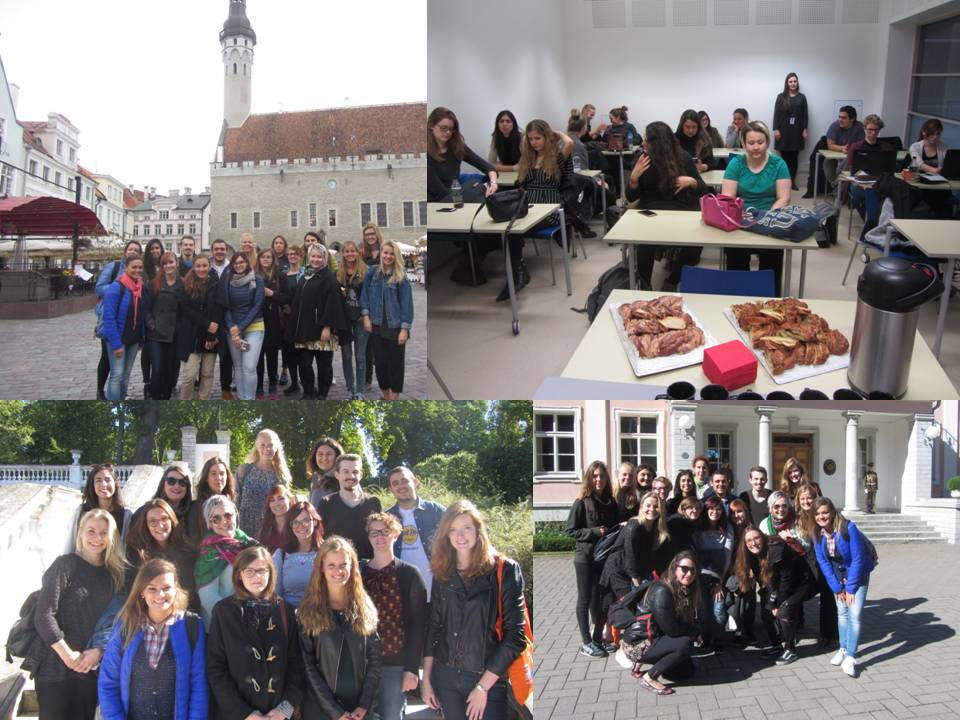 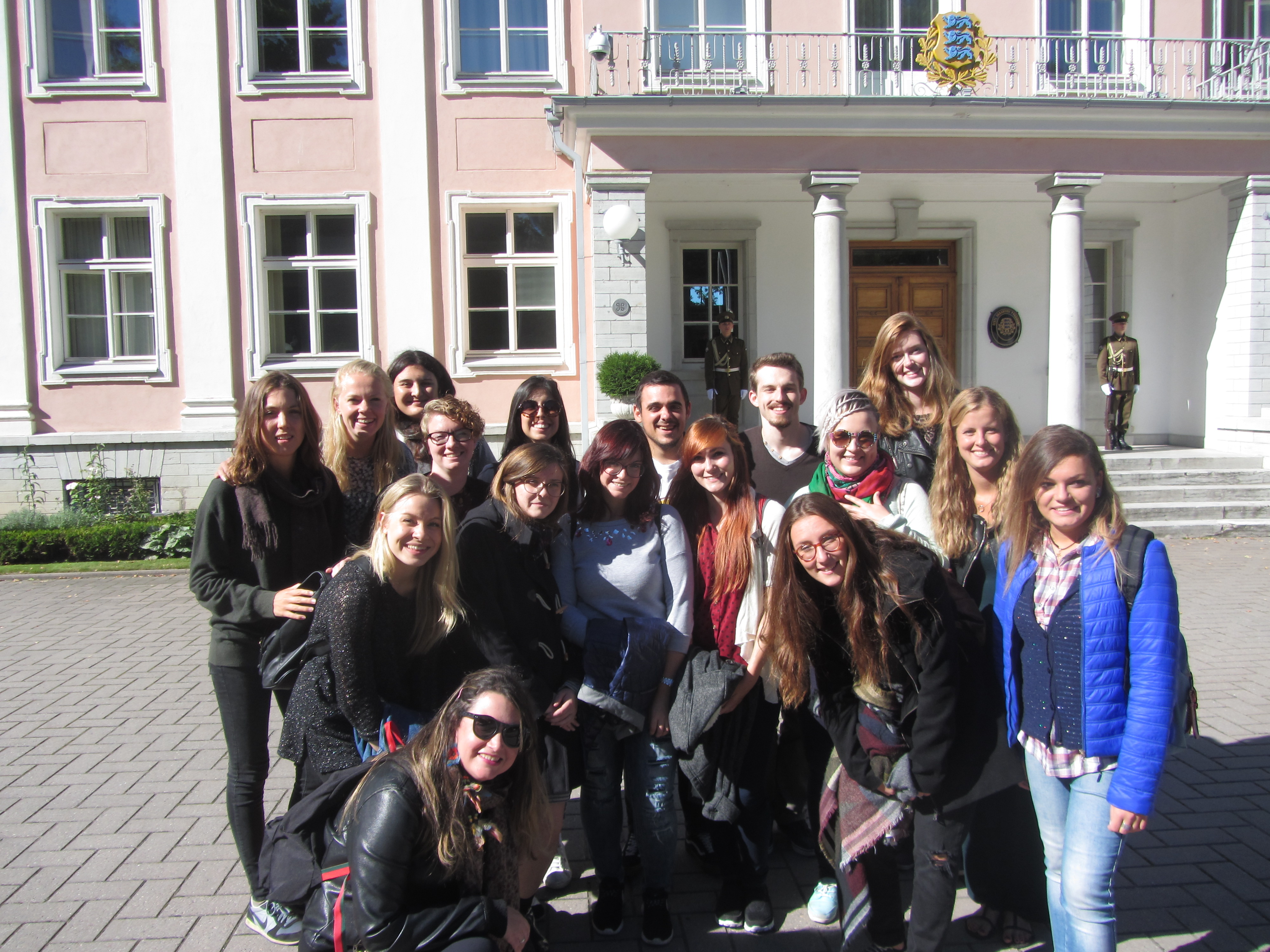 João Caetano (born in Portugal, 1970) has a bachelor degree in Law (1993) and a Masters degree in Economics (1997) from the University of Coimbra. He studied Constitutional Comparative Law at the University of Tilburg (1996), in the Netherlands, and has a Ph.D. in Political Science (2007) from the Universidade Aberta. He is currently Professor of Political Science and Law in the Department of Social Sciences and Management at the Universidade Aberta, where he also also has the role of Pro-Rector for Institutional Development and Legal Affairs. From 2012 to 2015, he was a member of the Management Board of the European Union Agency for Fundamental Rights (FRA), based in Vienna, appointed by the Portuguese Government. He was also a member of the Editorial Board of the FRA. He has been the president of the Portuguese Association of Higher Education Publishers (APEES) since 2014. With considerable participation in scientific events and more than one hundred publications in several languages, his scientific interests focus on the areas of Political Science, Law, Culture, Science and Education.

Lorenzo Cantoni is full professor at USI – Università della Svizzera italiana (Lugano, Switzerland), Faculty of Communication Sciences, where he served as Dean in 2010-2014. Lorenzo is currently director of the Institute for Communication Technologies, chair-holder of the UNESCO chair in ICT to develop and promote sustainable tourism in World Heritage Sites, and president of IFITT – International Federation for Information Technologies in Travel and Tourism. Among his publications: Communication and Technology, Berlin: De Gruyter Mouton 2015 (edited with Danowski); Online representation of Switzerland as a tourism destination: An exploratory research on a Chinese microblogging platform. Studies in Communication Sciences 14(2), 2015 (with Hu, Marchiori & Kalbaska); Localization of Three European National Tourism Offices’ Websites. An Exploratory Analysis. In Inversini & Schegg, Information and Communication Technologies in Tourism 2016 (with Mele & De Ascaniis).

Marie-Thérèse Claes is Director of the International Executive MBA at Louvain School of Management in Belgium. She is Professor of Cross-Cultural Management at Louvain School of Management (University of Louvain) and at AIT (Asian Institute of Technology, Bangkok). In addition, she holds guest professorships at several other universities in Europe, Asia and the United States of America, and was Dean of the Faculty of Business at the Asian University Thailand. She is also consultant and coach for relocation, diversity management and global leadership. She has worked as a consultant to various companies and is a former President of the Society for Intercultural Education, Training and Research (SIETAR Europa) and the European Women’s Management Development International Network (EWMD). She is also a Fellow of the Royal Society of Arts, and a Fulbright and a Japan Foundation alumna.

Elisabeth Collard is currently Director of Studies at the Intercultural Communication School of the INALCO (National Institute of oriental languages and civilization, http://www.inalco.fr ) Elisabeth Collard coordinates the pedagogical, human, and organisational issues of the section, and is in charge of designing the Bachelor’s and Master’s programs. She teaches conflict resolution and intercultural mediation, and along with the theoretical concepts, she provides usable and realistic assets for students to use when working with people from different cultures and with different ways of thinking. After her master in « cultures and societies mutations in Europe » at the Paris VIII University, Elisabeth Collard completed her education and training in Quebec and Belgium. As an intercultural mediator, she is a member of the Network of cross-border mediators, which assembles mediators worldwide. Her humanist approach links theoretical concepts to interactive practice and engaged ethic.

Bertil Cottier is full professor (communication law) and former Dean of the Faculty of Communication Sciences at the University of Lugano. From 2006 also Associate Professor at the Law Faculty of the University of Lausanne (Internet Governance) and visiting Professor at the Academy of Journalism (University of Neuchâtel). From 1987 to 2005, deputy director of the Swiss Institute of Comparative Law, a major centre for foreign and international law. Expert on Media Law for the Council of Europe, the Organisation for Security and Cooperation in Europe (OSCE) and the Centre for Democratic Control of Armed Forces (DCAF); missions in Bosnia-Herzegovina, Montenegro, Ukraine, Egypt, Palestine, Tunisia and Morocco. Wrote numerous articles on Communication Law (privacy, access to information, broadcasting, Internet, hate speech, cultural issues), as well as Comparative Law (in particular US and Scandinavian Legal systems).

Croucher, S. M., & Rahmani, D. (2015). A longitudinal test of the effects of Facebook use on cultural adaptation. Journal of International and Intercultural Communication, 8, 330-345.

Drzewiecka, J. A. (2014). Aphasia and a legacy of violence: disabling and enabling knowledge of the past in Poland. Communication and Critical/Cultural Studies, 11, 362-381.

Peter Praxmarer (Docteur ès sciences politiques, Institut des hautes études internationales, Geneva, 1984) is the Executive Director of EMICC (European Masters in Intercultural Communication) and Lecturer at USI (Università della Svizzera italiana), Lugano, Switzerland. Besides his academic work, he also was a consultant for UNITAR and the United Nations University, and has worked in the private sector. After the wars in ex-Yugoslavia he served as Field and Training Coordinator with the OSCE Mission in Kosovo from 1999-2001, for which he has also developed training programs in the field of democratization and good governance. His main research focus is on epistemological issues. His teaching is mainly on conceptualizations of “The Other”, as well as on intercultural communication in international organizations, and in particular peace communication. During the past ten years he has taught and lectured at more than two dozen universities.  He also gives workshops and training courses in intercultural communication for different publics.

Guido Rings is Professor of Postcolonial Studies, Director of the Research Unit for Intercultural and Transcultural Studies (RUITS) and Course Leader for the MA Intercultural Communication. He is also co-editor of German as a Foreign Languageand iMex, the first internet journals in Europe for their respective fields. Professor Rings has widely published within different areas of postcolonial and intercultural studies. This includes the authored books The Other in Contemporary Migrant Cinema. Imagining a New Europe? (Routledge 2016), La Conquista desbaratada (The Conquest upside down, Iberoamericana 2010), Eroberte Eroberer (Conquered Conquerors, Vervuert 2005) and Erzählen gegen den Strich (Narrating against the Tide, Lang 1996). He has also edited special issues for different international journals on Chicano cinema (iMex 6 2014, 3 2012), German migrant cinema (GFL 11 2010) and Spanish migrant cinema (Iberoamericana 34 2009), and co-edited the volumes Neo-colonial mentalities in contemporary Europe (with A. Ife 2008), Bilderwelten, Textwelten, Comicwelten (Worlds of Images, Worlds of Texts, Worlds of Comics, with F. Leinen 2007) and European Cinema: Inside Out (with R. Morgan-Tamosunas 2003). He is the author of nearly 50 refereed articles.

Most recent publications (in English) include:

Emmanuelle Le Pichon Vorstman is Assistant Professor at the Languages, Literature and Communication Department and Researcher at the Utrecht Institute of Linguistics. She teaches courses in French language, second language acquisition, educational sociolinguistics and intercultural communication. Emmanuelle defended her thesis on the effect of learning a new language on children's communicative competence in 2010. At present, she leads the project “Education of Newly Arrived Migrant Pupils, EDINA”, a European founded international project (ERASMUS +) in collaboration with the University of Helsinki and the University of Ghent. She previously has been involved in the management of various initiatives to promote the integration of multilingual children into the regular school system. From 2009 to 2012, she led the Dutch component of the European Comenius project (TRAM, Transitions and Multilingualism). Between 2013 and 2015, she led the Taalschool project, financed by the municipality of Utrecht. She is a co-author of the TRAM curriculum and she has given diverse courses and lectures for teachers, school staff and teacher education nationally and internationally. She also initiated and managed the educational project 'Using native speaker students for peer feedback to enhance writing skills' at Utrecht University. She (co-)supervises BA, MA and PhD theses.

Anastassia Zabrodskaja is currently a professor of Estonian as a second language at Tallinn University Baltic Film, Media, Arts and Communication School. She also works as a senior research fellow in sociolinguistics at the Institute of Estonian and General Linguistics at the University of Tartu. Her scholarly interests include ethnolinguistic vitality and the identity of Russian speakers in the Baltic countries, Estonian linguistic landscapes, and Russian–Estonian language contact and code-switching. Anastassia is an experienced trainer in cross-cultural communication. Her most recent publications include the Peter Lang volume Dimensions of Sociolinguistic Landscapes in Europe: Materials and Methodological Solutions (2015), co-edited with Mikko Laitinen, and the special issue of Sociolinguistic Studies, ‘Post-Soviet identities: ethnic, national, linguistic, and imperial’ (August 2015), co-edited with Martin Ehala. In 2016 appeared the Peter Lang volume Sociolinguistic Transition in Former Eastern Bloc Countries: Two Decades after the Regime Change, co-edited with Marián Sloboda and Petteri Laihonen.