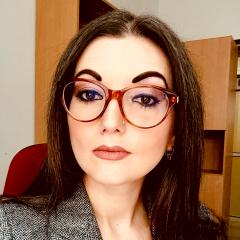 The workshop “Chinese Political Though: A Global Dialogue Beyond ‘Orientalism’” took place online on Zoom on 20th–21st January 2022. Co-organized by Prof. Lisa Indraccolo (Institute of Humanities, Tallinn University) in collaboration with Dr. Federico Brusadelli (University of Naples “L’Orientale”), the workshop received the support of the two universities as well as the sponsorship of the prestigious French institution European Institute for Chinese Studies (Eurics, www.eurics.eu). The project was developed as part of a longstanding, fruitful collaboration between the two organizers who share a solid complementary interest in Chinese politics. Indraccolo has long been exploring the entanglement among rhetoric, politics, and state ideology, and especially the instrumental use of sophisticated, rhetorically-constructed discourse in premodern Chinese politico-philosophical thought, while Brusadelli focuses his interest on the vibrant intellectual discourse on the necessary modernization of institutions and the political debate on federalism that happened in China in the crucial transition between the late imperial and Republican periods.

The workshop was a successful and rewarding experience that fostered a lively interdisciplinary and cross-disciplinary dialogue on Chinese political thought, a hotly debated topic of the highest strategic relevance in the contemporary geo-political, economic and intellectual discourse on a global scale. By bringing in and integrating different perspectives contributed by international China experts employing methodologies drawn from disciplines as diverse as political thought, international relations, history and historiography, intellectual and conceptual history, education studies, philosophy, finance and economics, comparative law, and sociology, the workshop disentangled different aspects of this multifaceted, complex phenomenon. It analysed the characteristics, the development and evolution across the ages of Chinese political discourse with a modern global outlook from a transhistorical multidisciplinary perspective, establishing meaningful connections between contemporary manifestations of this phenomenon and their roots in the pre-imperial and imperial intellectual tradition. The workshop further aimed at providing a substantial contribution to “decolonising” the study of Chinese political thought and promoting a global, integrated understanding of the Chinese experience, to be considered not as an insular and isolated case, but rather as a deeply interconnected, broader overarching phenomenon exercising a deep influence not only on the neighbouring countries and cultures, but on the “Sinosphere” and the whole world at large.

The event had been warmly welcomed by the academic community worldwide since the publication of the Call for Papers last June. The organizers received a remarkable number of excellent paper proposals, which allowed them not only to select those of the utmost quality, but also to offer a rich and diversified program that featured a total number of 15 contributed talks from both experienced senior scholars and younger researcher employing different methodologies and approaches. The organizers especially focused to promote and ensure the diversity and inclusivity of the workshop. The program also featured three keynote lectures, contributed by international high-profile scholars, experts in three time periods represented in the workshop, Prof. em. Sarah Allan (UC Berkeley/Dartmouth College); Prof. Hilde De Weerdt (Leiden University), and Prof. Teemu Ruskola (Emory University/University of Pennsylvania).

With an outstanding number of 366 registered participants affiliated with higher education institutions, research centres and government institutes from over 30 countries all over the world, the workshop received an overwhelmingly positive response and an attendance rate that can be hardly rivalled by an event of comparable scope, showing the relevance of the topic at issue as well as the interest that the global academic community shares in it. A selection of the papers presented at the workshop are expected to be published and appear in two ensuing publications, including a special issue of the international journal Oriens Extremus and a co-edited peer-reviewed volume of conference proceedings by E.J. Brill.