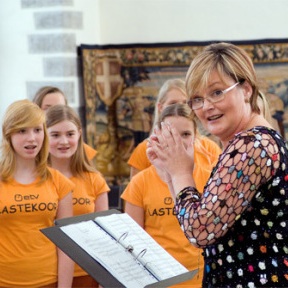 The Riho Päts Fund of School Music recognises individuals who have made significant contributions in their musical activities with children, youth and teachers. These include:

The Fund awards scholarships to celebrate the memory of a musical pedagogue, choirmaster, scientist, composer and professor at Tallinn University and the Estonian Academy of Music and Theatre, Riho Päts.

The Enn Soosaar Foundation was founded on 14 November 2011. The goal of the Foundation is to develop, preserve and archive the legacy of a remarkable translator, publicist and member of society, Enn Soosaar.

The Foundation organises the annual Enn Soosaar Award, now known as the Ethical Essayists Award as a result of a proposal by President Toomas Hendrik Ilves. The authors nominated are those who have helped cultivate and disseminate the same values in society with their writing to which Enn Soosaar dedicated his own fruitful and creative life.

Visit the website of the Enn Soosaar Foundation at: www.essa.ee