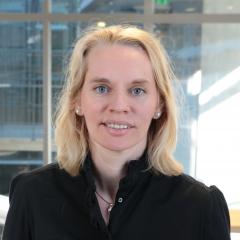 What is the Seal Leap?

Tiger Leap was an Estonian state project, in the course of which large investments were made in increasing computing capacities and developing data communication connections in order to improve the education infrastructure. A lot of resources will also be directed to Seal Leap in the near future. But at the societal level, the leap means more than just directing resources to the environment. The leap means a change in the way of thinking in the values ​​and attitudes of society.

A change in values, in turn, leads to a change in people's behavior and activities. Both, on a personal level as well as in society at large.

We also talked to Aleksander Pulver, Associate Professor of Personality Psychology, at the last meeting on sustainability, about the initiators of changing values. Pulver acknowledged that reshaping values don't just happen in the society. Sometimes it takes more than a century. At the same time, the associate professor acknowledged that changes start with positive examples.

According to its motto, Tallinn University is the promoter of intelligent lifestyle. This means, in the context of sustainable development, that the university, as an institution of knowledge, takes on the responsibility of setting an example and thus helps to make a seal leap.