In this text we will look at how two prominent minorities are being treated by the government of China and why minority treatment in China differs from any other country's minority treatment and why it is important to talk about this subject matter. We can see countries where minority populated regions are managed through democratic means where the minority has the option through referendums if they want to become independent if they deem it necessary such as the referendum on Scottish independence held on 18 September 2014 saw Scotland vote to remain part of the United Kingdom (UK), with 55% voting against the proposal for Scotland to become an independent country and 45% voting in favour and therefore remained part of the UK but at least they had an option to leave and in general they have large freedom when it comes to self-management of their state. Why these regions are so important to China that the Chinese government is willing to go to these lengths in order to push down any anti-PRC movements. As a politics and governance student I believe I will have something to add to the subject matter at hand. 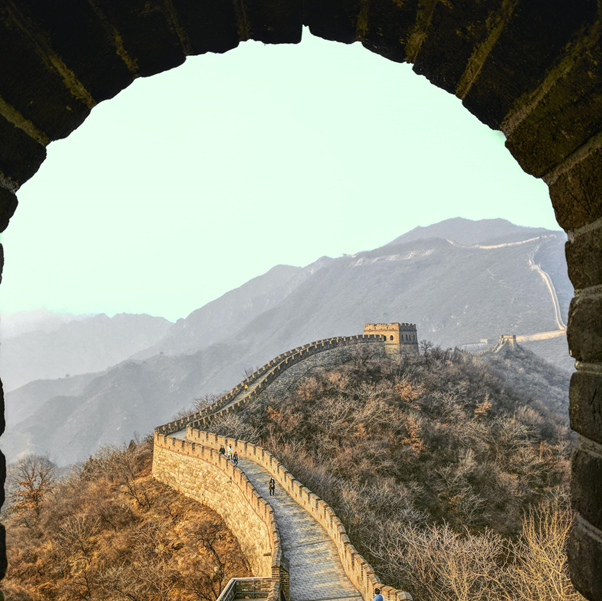 Firstly, we will look at what is the minority situation in China. China as any other large country around the world has also large minority communities with some regions of the country where the minority is actually the majority. In China the two most prominent minority groups are the Uyghurs in the Xinjiang region and Tibetians in Tibet.

Also especially in recent times the Chinese government has been using modern technologies in order to keep track of the populace mostly face recognition technologies in public spaces, malls and such to keep trace of the populace as much as it is realistically possible.[4] Third tool that the Chinese government is using is forced government supported migration to the given regions by the Han Chinese majority in order to make these regions more mixed when it comes to ethnicity. It is a common tool that is being used around the world whenever any secession movements come up. It is more difficult when prominent large populations of the majority ethnicity are present in the region, especially used by the government as a reason to not allow and crush any independence movements. The Chinese government has been successful in creating fear of any anti-PRC movements or sentiments creating a culture of spying on another and encouraging people to tell on their neighbours if any believed anti-government sentiment is present or believed to be present.[5]

The Government of China is especially harsh on the Uyghurs because the Uyghur population is especially different ethnically, culturally and religiously from the Han Chinese majority, especially since prominent terrorist attacks have been perpetuated from people from the Uyghur population and ever since the current president of PRC Xi Jinping came to power he came down harshly on the Uyghur minority population through militarization of the police force in the region and basically making Xinjiang a police state and through using the tools mentioned before.

There is also another reason to why the Xinjiang in specific is very important to the Chinese government and besides from Xinjiang being rich in natural resources Xinjiang region is also very important to Xi Jinping´s plan to connect China through infrastructure projects in order to connect China to other neighbouring Western Countries and Africa in order  to increase the Chinese importance on the world stage and Xinjiang is part of this grandiose project and therefore the Chinese government is against any anti-PRC sentiment.[6]

Similarly, Tibet is also a very important region for China especially when it comes to having a buffer zone with a powerful and increasingly becoming even more powerful neighbour which is India. Secondly through Tibet flow large international rivers that are vital to many neighbouring countries to China which reside downstream from the given rivers. China uses these rivers strategically, using these rivers as a tool in order to dictate terms to the Chinese neighbours that rely on the given rivers such as India, Pakistan, Nepal, Bangladesh, Bhutan, Thailand, Laos, Cambodia and Vietnam all of these countries rely on these rivers that flow through Tibet and with any alteration to the water flow of the given regions it might be detrimental for those countries and causing mass migration from those regions due to changes in the water supply. Also the Chinese government has invested and is planning to invest even more when it comes to Hydro Power Plants in the region because of the increasing demands for electricity in mainland China and through these rivers large amounts of electricity are being generated that supply mainland China with electricity but only around 20% of the potential is exploited by China today, therefore Tibet is very important to China when it comes to the Chinese Energy Security and not only Energy but also just general Water security since Tibet provides large quantities of drinkable water.[7]

In conclusion we can see why China is doing what it is doing in these minority regions. The China's government obviously has goals besides from re-educating and integrating minorities with the Han Chinese majority, the real goals and the reasoning behind why China is doing what it is doing is due to the strategic importance of the given regions to the mainland of China and the government of China. China is willing to do what it deems necessary to achieve its goals and China has been relatively successful in their goals when it comes to crushing any anti-government sentiment but how sustainable are the given methods is questionable. The obvious human rights violations also need more actions from the International community in order to change the situation because no person should be living in a real life 1984 George Orwell novel. The basic human rights ensure that all people should have the ability to live with privacy, liberty, equality, justice and peace, regardless of the ethnicity, colour, sex, language, faith, political opinion, national or social background, assets, birth or other status. None of these basic human rights are ensured in these minority populated regions in China and the fact that this is largely ignored by the international community because of China's importance on the world stage and therefore nothing is done to stop China is definitely a problem.

[1] Photo by Robert Nyman on Unsplash

[4] Ma, A. (2018, April 29). China is building a Vast civilian surveillance network - here are 10 ways it could be feeding its CREEPY 'social credit system'. Retrieved April 21, 2021, from https://www.businessinsider.com/how-china-is-watching-its-citizens-in-a-modern-surveillance-state-2018-4