Finnish Ambassador Max Jacobson wrote in Suomen Kuvalehti magazine 29.8.2010 that EU is an ongoing project full of misunderstandings and weaknesses. He was mostly worried that European citizens do not understand that they are sitting in the same boat. He continued that most Europeans were living in alternative reality or in fallacy, by claiming that EU is nothing but a harbor for boats there are captains to. He was also concerned of democracy deficit of EU by saying that when consensus is missing, the views of most powerful and aggressive actors supersede others. 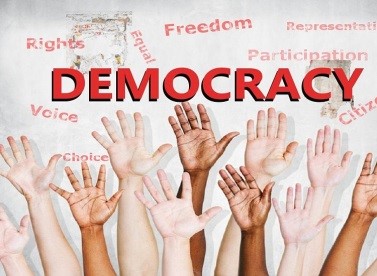 According to TEU[1] article 2 democracy is one of the corner stone values of EU. TEU article 10 (1) gives more detailed explanation of what kind democracy EU is relying on; “EU is founded on representative democracy and citizens are directly represented by European parliament members in European Parliament” (EP) (TEU 10 (2)). TEU 10 (3) obligates EU to take the decision-making process as close as possible to the citizen.

How confusing. First, EU rules explain that EU decision-making process is conducted by peoples´ representatives and second, that it should be done in citizens´ level because as close as possible means that citizen themselves 1) participate on discussions and 2) make decisions. But that is not the whole confusing problem. This article focuses on confusing elements of modern democracy. It claims that due to EU´s attitude EU´s democracy is one source for skepticism. First, let´s dive in the deep end pool and analyze what word of representative means in and how it is used in modern western societies and in EU.

Does it mean that representatives are agents of their principals (citizens) acting on behalf of them by their mandates, or are they advocates of EU representing EU to citizens? An interesting question is that what is the mandate representative is given? Does it give mandate to do whatever he wants without possibility to hold him responsible?

Representative means of a person who has been chosen to act on behalf of another person limited by the given mandate[2]. Representation makes political deliberation public and subject to the judgement of all[3].

In theory (and according to EU law (TEU article10)) EP members are representing citizens. But in practice it looks like EP members represent more their EP parties than citizens. How did this turn that is against EU law happened?

Let´s start our journey from the foundations of Democracy, Ancient Greece, to find out what democracy meant when it was invented

Roughly 2500 years ago democracy was invented in Athens, Greece. People in that era found out that to avoid violations and establish security, safety and stability of a society, consensus between parties on important issues concerning the society was needed. They also realized that the power of people rely on will of the people. To keep society as safe and stable as possible every eligible person gathered together in an assembly to participate on discussion and on decision-making process. Finally it was realized that democracy, safety and stability of a society requires that the society acts on will of majority and on the protection of minority[4]. Democracy is, therefore, power of people used to govern people depending on the will of people. As former US president Abraham Lincoln put it; “of the people, by the people, for the people”.

According to the study by COE, democracy is commonly described as a process where public has a right to vote their parliamentary representatives every x years depending on the vote. The same study revealed that most elected consider that democratic participation means that public has conducted their democratic obligations by voting. According to COE, democracy cannot be scrutinized to right vote because democracy means opinions of will of people. Therefore, the effective functioning of democracy depends on capability of ordinary people using other participation means as much as possible. Any system cannot be called democratic or “by the people” if the only way people are given right to participate is voting periodically[6].

One of the grounding principles to the legitimacy of democracy is that voter turnout is above 70 %. This has created great concern in EU because turnout % has been very low; for example 2009 it was 43 % and 2019 51 %[7]. When the voter turnout is low it means that decisions are not based on will of majority but actually on the will of minority.

Researchers have noticed that a new threat to democracy has emerged in last years in western societies on lead by EU. Democracy is not anymore understood as a concept of right to participate on discussion and decision-making processes but more on right to govern people. For example, analyzing the processes related Covid-19 pandemic, it is absolutely clear that ordinary people are totally denied access or participation to any discussion or decision-making processes of actions of their taken by their societies. Democracy and claims of democracy are used to govern people. If people are denied their fundamental participation rights in a society which are cornerstone elements of democracy, is it democracy anymore? How confusing.

In the past democracy meant public participation on political decision-making process. Today it is more concerning about how publicly collected funds are used.

[5] Rose-Ackermas, S and Riemer, L (2019) Strenghtening democracy through public participation in policy-making: The EU, Germany, and the United states. available at http://eulawanalysis.blogspot.com/search?q=Democracy

[7] Statista. Voter turnout in the European Parliament Elections in the EU from 1979 to 2019