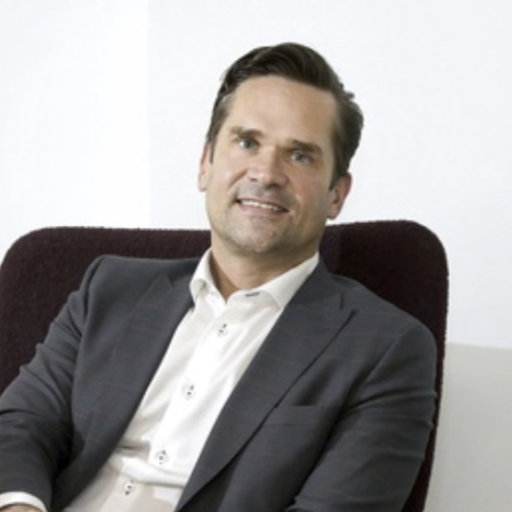 Mika Aaltola is director of Finnish Institute of International Affairs (FIIA) and Professor of International Relations in Tallinn University, Estonia. He is internationally respected researcher and much used commentator in Finnish Media. He is an active writer and has published lots of books and articles related to political vulnerabilities in democratic societies. 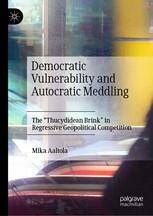 His latest book, Democratic Vulnerability and Autocratic Meddling describes threats that democratic civil society faces if the political unity of the society is lost reflecting state falling in regressive downward spiral. He paints a dark picture of an open door or an invitation for other states, mostly autocratic states, to enter and interfere in regressive states´ domestic politics that deepens mutual regressions and are not under any strategic control. The aim of the book is to discuss of possible harmful measures that are hiding in the shadows and which are available to external actors when western democracy is threatened or challenged. Political regression exists in states where widely shared social bonds, values and principles have weakened and a society is fragmented in smaller political interest groups.

To defend his views, Aaltola has analyzed recent US, France and Germany´s elections.

Aaltola has claimed to be a Neo-Classical scholar. It means that his findings and claims are based or linked on events or philosophical writings in the past.

Aaltola has read his Confucius; “study the past if you would define the future” and “if we do not learn from our mistakes, it is a mistake”. Therefore, by analyzing the events in the past, we should be able to avoid falling to the same trap again because the past has faced the problem before.

In the book, Aaltola has connected our era to Classical Greece era and especially on Thucydides´ discoveries and conclusions in writings of Peloponnesian War. One of the key elements of the book is to define “Thucydidean Brink”, a tipping point when external adversaries become more attractive and are considered to be more trustful players in domestic politics than internal actors. The other key claim is that meddling in social media with other hybrid interference measures can destabilize democratic processes causing or strengthening political regression.

Aaltola claims that the beginning of political regression is the point where group of individuals sharing same political views feel to be isolated from participating in domestic politics and start demanding to be heard. The deeper is the separation, severe are consequences.

Therefore, the book presents six-stage regression down-sloping scale formula where next stage is more distanced from stage one, Healthy Democracy. In this stage the society is most important and it is the object of people´s love; the community and its interests supersede other interests. The second stage, Vulnerable Democracy, is a stage where political coherence has failed and people do not anymore share same principles, values and views. It means that domestic political life becomes open to external meddling and legitimacy of chosen political processes and actors become questioned or even denied. Suppressive Autocracy, Fractious Autocracy, Failed Autocracy and Chaos are the rest stages. In the final stage, Chaos, violence is accepted and only anger against other factions is shared value.

No matter the book is interesting with contemporary issues like the effect of Covid-19 pandemic in external and domestic policies, it fails delivering comprehensive picture of the issue. When one side of the coin is studied and explained, the other side has been forgotten totally.

There is one important issue that rises from the book. Aaltola claims that regressive democratic societies are vulnerable to external meddling. Therefore, instead of accusing external adversaries of meddling, the focus should be on defending and blocking the meddling. If someone succeeds disturbing politics of external democratic societies it is not its problem, it is our problem. If our guard has failed and given access to external adversaries to influence on our political processes, the guilty party is the one who looks at us in the mirror.

The stages of political regression and problems of external meddling are comprehensively presented. But the book fails explaining what the root causes for regression are. Why would anyone shake the tree in the first stage, Healthy Democracy? If the book is believed, everyone living in healthy democratic society loves their society and share same values and principles; collective good replaces individual interests. The main question should be; what is the tipping point that drives societies in down-ward regression spiral? Why people do not anymore share same understanding of collective good and claim that their views are more important than others?

Aaltola is also claiming that there is ongoing competition between ideologies, values and principles. If the state is in first stage, according to the book, people live in harmony and love their society. It means that there remains no competition at all. Therefore, is Healthy Democracy just an illusion aimed to hide true nature of current leading form of democracy, representative democracy, or is it utopia, just a dream of something that does not exist?

Aaltola claims that after certain tipping point politics in democratic societies are vulnerable to external meddling. Aaltola never explains what he means with democracy. This is another weak point of the book. Somehow Aaltola thinks that every forms of democracy are equally vulnerable to external political meddling. That is not true. For example, in direct democracy people are given right to vote on important issues. It means that the fear of political down-slope and external meddling is far less because, to succeed, the meddling adversary has to focus on each voter, not just on certain voters. There are no groups to support. Only thing that matter is the issue. People vote on issues, not just on people deciding issues. Therefore, democracy cannot be analyzed as one group; each form of democracy and their vulnerabilities must be analyzed separately.

Events in Classical Greece era are in central of this book. Especially Thucydides´ discoveries of roots to domestic political regression in his writings of Peloponnesian War are core in Aaltola´s presentation. It means, in short, that current democratic vulnerabilities and fears of political regression are compared to events of classical Greece era. The problem is that Aaltola has totally ignored that current era cannot be directly compared to classical era. The structures, people or even the understanding of democracy is not the same. For example, in classical Greece era democracy was in its purest and honest form; men gathered together in Polis to discuss and decide on issues having communal importance. People were given opportunity to share their views and then the same people decided how to proceed. People had real power to decide on issues that were relevant to their life. In our era, in western democratic system, in most western societies, people have no power at all.

The book reveals that Aaltola supports representative democracy and he calls it as the highest form of democracy. He is not explaining why he believes that party dictatorship is the best form of democracy. Therefore, to explain the true nature of representative democracy, it must be discussed. In representative democracy people are given right to vote on people representing them on governmental or local level. The key point is what representing means. According to Cambridge dictionary it means of someone who is acting on behalf someone else protecting rights of that someone else, not rights of others. It means that representatives must act according to the given mandate. Elections are where these mandates are given. To get accepted, candidates give promises to people, kind of promises to act according to voters will. When elected, all the promises are forgotten and candidates claim that they are given authority to do whatever they want or what their parties require. What kind of representation allows representatives to act against their mandates given by their principals? Someone could say that in autocratic states or in dictatorship states “representatives” have to act according to someone else, protecting rights of someone else than their principals. The difference between western “democratic” societies and autocratic states is that in west the system is based on multiparty dictatorship and on autocratic states on single party dictatorship. The result is the same, the system is built to keep status quo, to have same people in power no matter how people have voted.

Therefore, to protect integrity of democratic processes and domestic politics, our guard cannot fail, no matter who is trying to influence on our internal competences. As Confucius has said; “Attack the evil that is within yourself, rather than attacking the evil that is in others.”