Nigeria is a country located in the western region of Africa. After going through colonial struggle for years, the country finally gained its independence in 1960. Since establishing independence, corruption continues to increase and gives rise to other issues, like insecurity and poverty. In 2018 Nigeria was ranked 144th among 180 countries listed in Transparency International's Corruption Index as one of the most corrupt country in the world.

As the country is in a state of economic peril, it is a common belief in Nigeria that only the youth can lift the country to greater heights. However, the current state and condition of Nigeria have made this noble aspiration fade away as the economic situation of the country has gone from bad to worse.

The past few weeks has shown the youth’s preparedness to redesign the future starting with the ENDSARS movement spurred by youths in various cities in Nigeria, they took to the street, blocking major roads to express their grievances. Lagos state, the most populated city in Nigeria, had the most significant number of nonviolent protesters as the youths marched in thousands chanting “EndSars”. To many Nigerians, ENDSARS protest is not solely about brutalization and psychological violence inflicted by the Nigeria armed forces, ENDSARS movement brings light to corruption and bad governance which continues to deprive the youths of Nigeria a fruitful future. 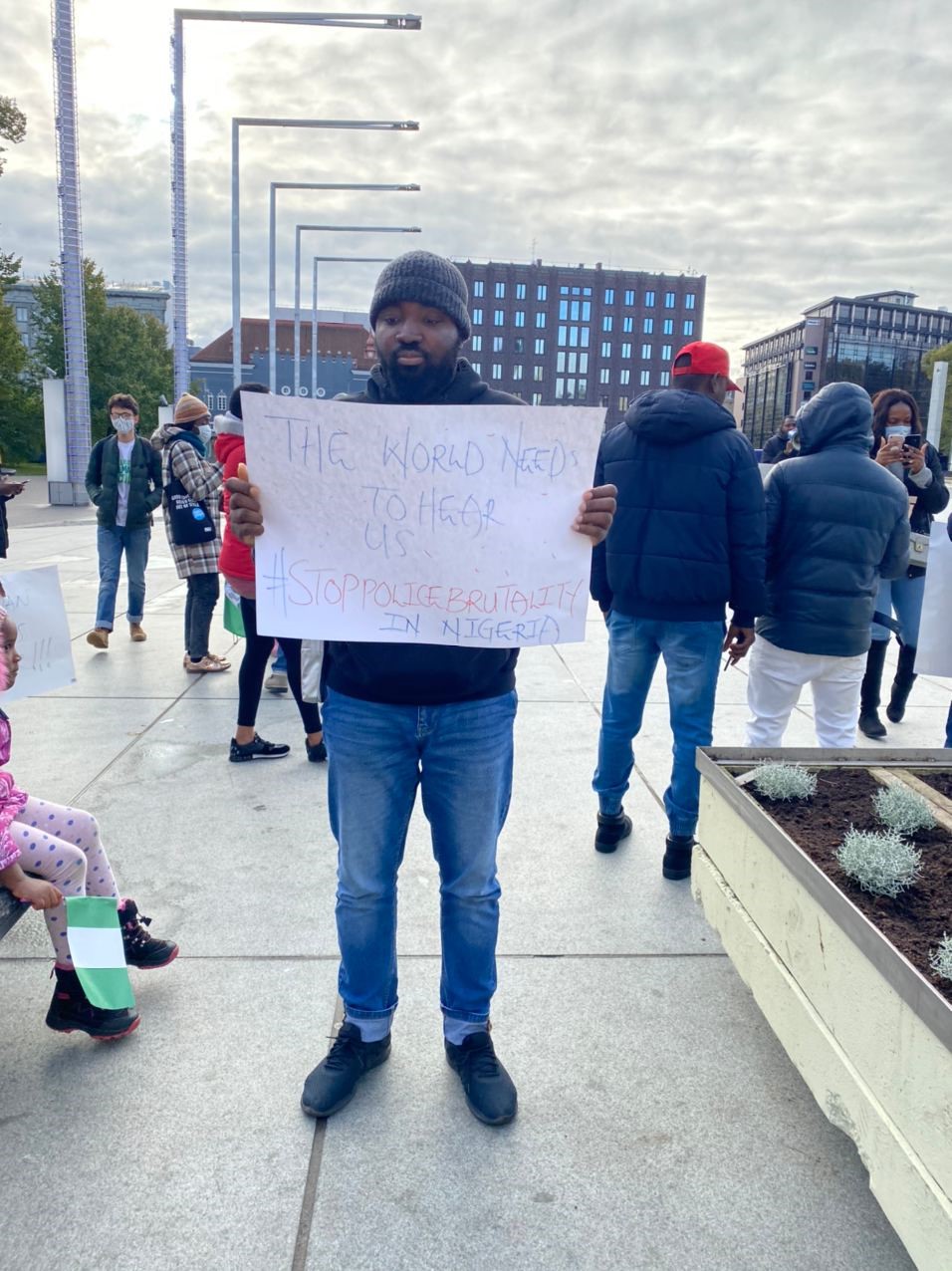 A special Anti-robbery squad, a branch of Nigerian police forces created in 1992, SARS was primarily created to curb crimes like robbery, auto theft, kidnapping and illegal possession of firearms. However, the groups have become unprincipled since its creation, as stories surface about their extrajudicial killings, extortion, brutal torture, framing, blackmailing, invasion of privacy and illegal arrests of innocent citizens (Wikipedia). To most youths, any encounter with SARS can only mean potential trouble and getting out of their holdings might require bribing the officials. Some people who cannot afford the set bail, usually fall under unfortunate circumstances.

The issue of SARS has undoubtedly become a topic for the public. Thanks to social media, and the youth's rigorous tweeting of the event has publicized it to the world. Nigerians and non-Nigerians around the world have joined the protest. Also, Nigerians living in Estonia come together and protest in the Freedom Square (Vabaduse väljak) in support of the #EndSARS movement and DELFI daily news covered the story.

The issue of SARS has illegitimately claimed many lives in Nigeria and asking for the dissolution of the group is for the interest of the general public. The chant has unified youth all over the world to end police brutality. EndSARS properly explains economic inequality and prevalent corruption together with bad governance in the country.

The #EndSARS protest was fronted by Afro-pop musicians in Nigeria, like FALZ, TIWA SAVAGE, DAVIDO and other influential names in the Nigeria music industry, one of the chants used during the peaceful protest was "soro soke", in Yoruba language meaning "speak up".

What started as a peaceful protest ended in potential chaos in Nigeria. On the night of 20th October 2020, the Nigerian armed forces were strategically deployed to the protest ground in Lekki Toll Gate in Lagos and they opened fire on peaceful protesters. The democratic governor of Lagos State, Babajide Sanwo Olu and the state officials did not disclose the precise number of potential casualties. According to Channel News, A Nigeria musician DJ switch witnessed the event, and she said that soldiers and police officers shot at her and other EndSARS protesters at the toll gate. The witness mentioned 15 people were killed, and many others suffered gunshot wounds.

The state governor promptly declared nobody died, however, explicit videos surfaced online showing armed police shooting sporadically at protesters. Many of the survivors firmly claim the victim's bodies were taken away by the soldiers. Recently during an exclusive interview with CNN, the governor later admitted to two people been killed while Amnesty International stated that more than 12 youths were killed in what they described as #LekkiMassacre.

It is unclear what comes next for the #EndSARS social movement. On official paper, the five-point demand made by the youths has been met which was:

One valuable thing is evident, the intensity of the #EndSARS protests highlight a vital cultural attitude change in Nigeria, while older citizens may fear the oppressive government by not questioning them since they grow up experiencing past brutal military regimes and violence coups in with the government. However, the youth of current age recognize their fundamental rights and they are speaking up without fear, while utilizing technological tools to make their voices heard internationally. Necessary change is inevitable in Nigeria, and social media is accelerating the modern trend. With different social media platforms, political awareness continues to be raised among youths and the nation as a whole. Even though the governments called for the implementation of strict social media laws, that does not seem possible, as online advocacy will only get larger and louder.