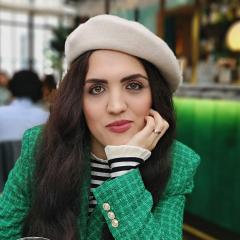 Gulagha, you finished bachelor studies in Computer Science in ADA University, in Baku, Azerbaijan. How did you decide to study Human- Computer Interaction in Tallinn University?

During my bachelor's degree I worked as a graphic designer and also did 2D animation. My close friends from Baku were planning to come to Estonia to study in Tartu University, but as I had a design and computer science background, I was searching for something suitable for me. It was then when I found the School of Digital technologies in Tallinn University.

What was the main thing that caught your attention in the HCI program?

I saw pictures of devices and all equipment which were presented on the University’s website together with the Human-Computer Interaction program’s introduction. When I saw the pictures of labs, I thought: “That is the place where I can do what I wish to, I can get support from researchers and maybe do my own research! That way I would understand the human brain better and would know how it interacts with technologies!”.

Creative thinking was very supported in University: both classwork and homework were like a creative process where we had the autonomy which we needed. Thanks to that in the end we got the needed result. I believe, that if creative thinking has restrictions, the result will not be the best, because restrictions usually diminish creativity. 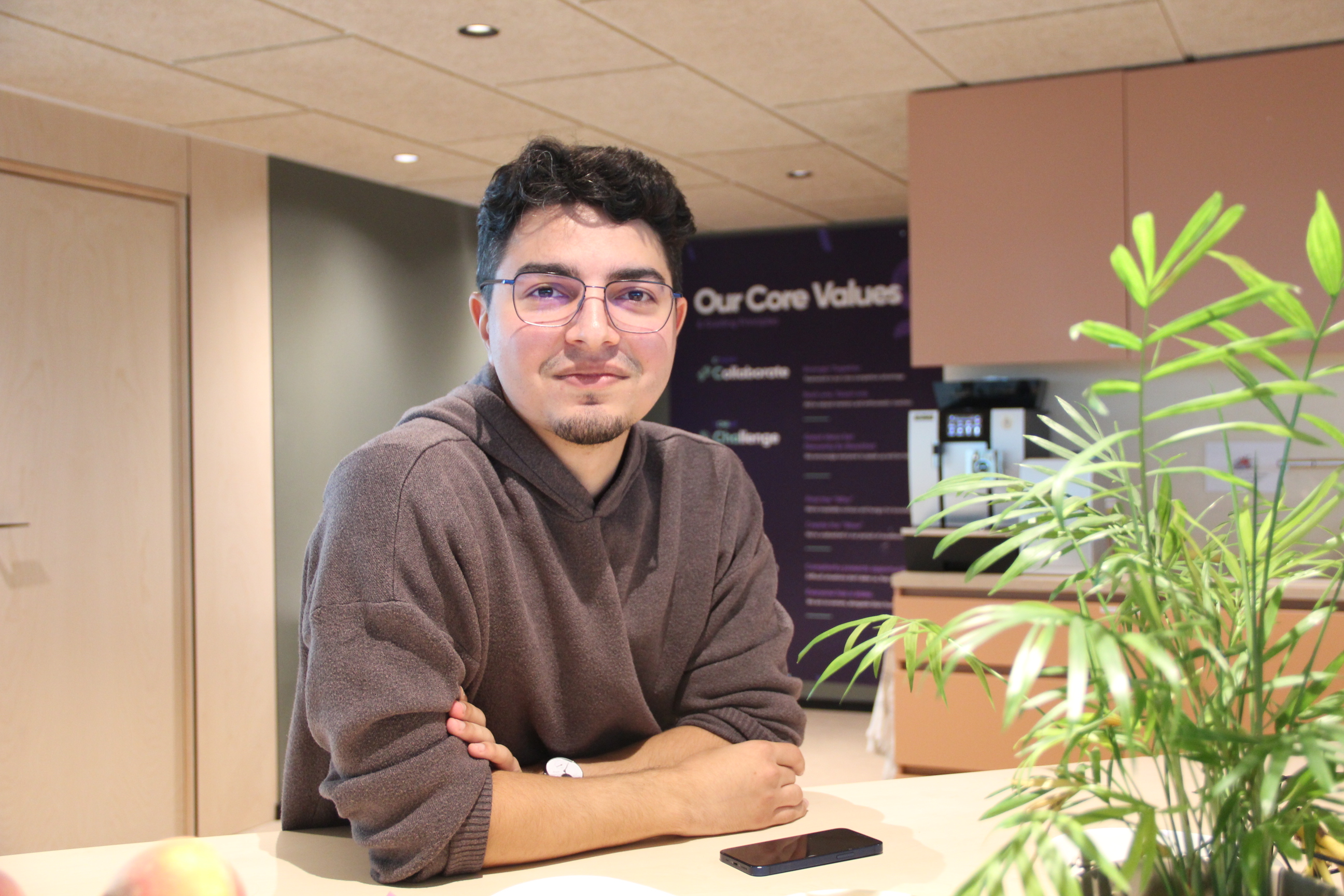 Did you work on some interesting projects during your studies?

During my studies I was also checking the game development community here in Estonia, participating in conferences and working on my own project, which later became my thesis topic. It was called TaskPal, an app for students with an aim to focus together and procrastinate less. My supervisor, Martin Sillaots, supported the project. He shared with me ideas around gamification, about its pluses and minuses.

Now you are working in Glia - a leading provider of digital customer service. What do you do here?

When I found Glia a year ago I thought: “ It matches with my name: Gula - Glia!” Then I got the job offer on my birthday, then I was like: “Now it’s a sign!” So today I work here as a front-end software engineer. Even though I write code, it is still a creative process for me.

Which skills gained from HCI studies do you use on an everyday basis?

HCI gave me an understanding of accessibility, and this helps me not only in my daily work, but also in my personal projects. I learned to keep an eye on each and everyone, while working on some specific project. 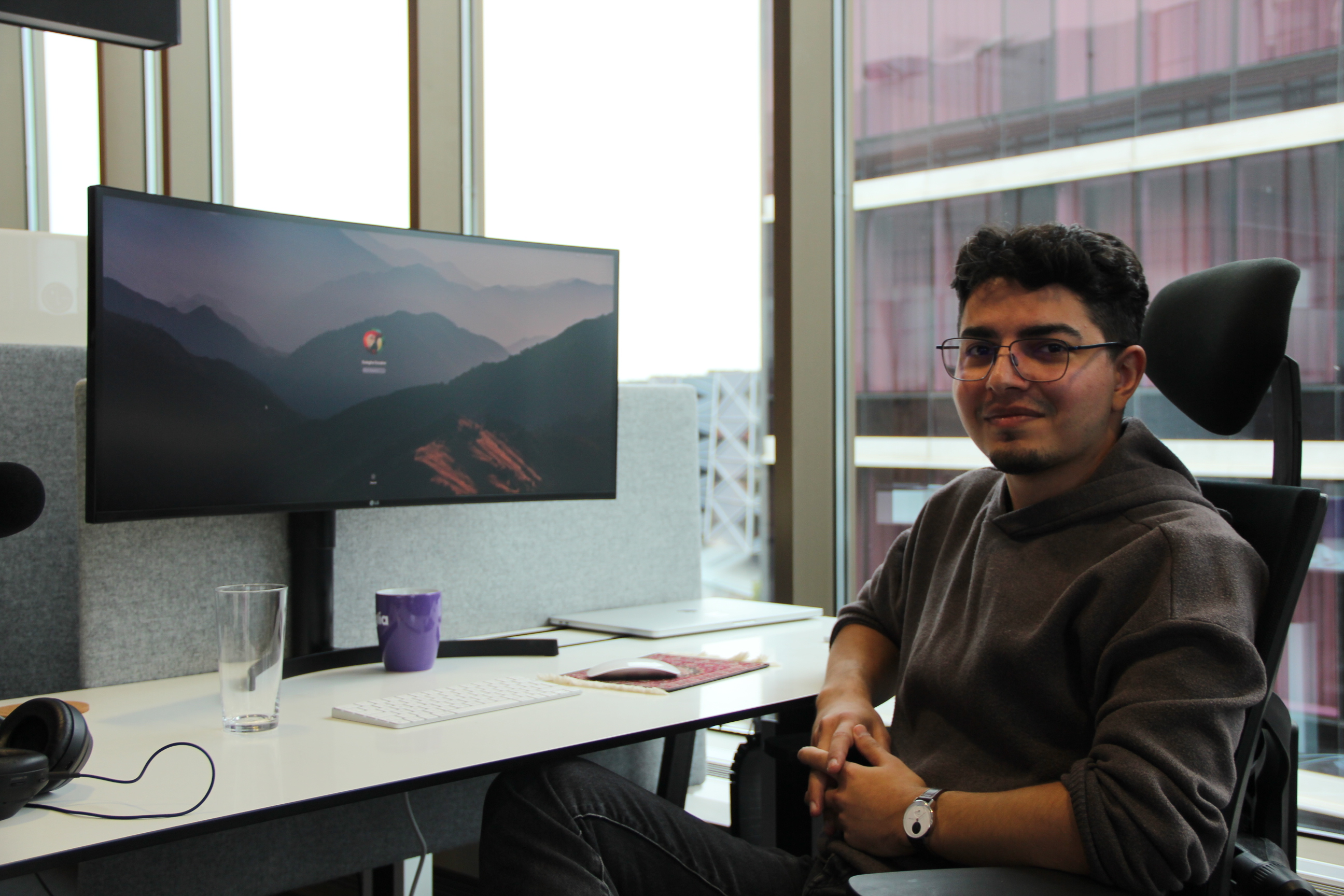 Which design people like most while interacting with tech devices? Gamified?

Gamification has so many different levels and for each person this word might have a very different meaning. I think people don’t like overly simple products; they might want something engaging and fun. But they might need to learn how to interact with it. During the process they make mistakes, then they learn from their mistakes and after that it becomes fun. In my opinion a good product should have some difficulties and secrets. Without challenges you can’t have fun.

How to make human computer interaction as nice as possible?

When we see the product we try to create the image of the personality behind it. We don't see it as an app, we see it as a human being! So it's very important to remember that before designing a product. You have to give a personalized approach to each customer and treat them individually.

What problems do you see in the digital world today?

In my opinion one the major problems is that some design patterns cause addiction and bad user habits. For example Tik-Tok, Facebook, Instagram, Tinder: you just scroll, scroll and scroll. I think there should be some regulations in the design world; maybe not every design should be approved. For example, there are regulations for gambling (which is a game), and all related apps; because they  lead to addiction.

Do you have favorite programs?

I like Figma and Visual Studio Code. Actually I learned to design in Microsoft Paint, which might sound funny now. When I was in high school I used Microsoft Paint to design logos and also created visual effects for my videos. That program taught me that first of all you need to create shapes, and then other cool stuff.

What would you advise to the new students of the Human-Computer Interaction program?

If I had a chance to tell something to myself back in that time, I would say: “Be less ambitious for your own projects and dive into study materials more. Listen to the teachers and be open to new ideas”. I had to learn to put aside my ego and listen! I realized it very late.