Daniele Monticelli: Making and wearing masks have played for millennia an important role in human cultures around the globe. Masks are worn for particular occasions and own particular ritual functions for the community. You have studied all this from an anthropological and ethnographic point of view. Can you describe some of the main functions of mask-wearing in history?

Anna Mossolova: Masks are, indeed, very ancient artefacts of human culture: masking traditions date back to at least the Neolithic, some say to the Upper Palaeolithic. The rich mask-making practices of people around the globe testify to an intrinsic human need for transformations—spiritual, emotional, and social—that has existed over millennia.

From ancient times, the surface of the human body, including skin and face, has been treated as a natural canvas woven of marks that identify a person. Some of them are of natural origins, like wrinkles, freckles, birthmarks, signs of illnesses or ageing; others are man-made—tattoos, scarification, piercing, other types of permanent mutilation. Certain occasions, however, require only temporary changes in identity that can be expressed by wearing a mask.

The use of masks in human culture is of ritual origins. Ritual masks of various forms and materials were typically made for the liminal events, rituals of transition and renewal that marked the milestones in human life cycle or changes in person’s social roles. All kinds of initiation ritual, healing ceremonies, or funerary customs belong to the scope of such rites. Times of individual or collective crisis required negotiations with the spirit world. Masks were crucial tools to mediate the contact when crossing and re-crossing the boundaries between different realms: by taking the form of an animal, ancestor, or supernatural being, a mask wearer was able to acquire desired qualities and communicate with spirits or natural forces. All in all, no matter what time period or geography we are talking about, the main function of the mask has always been to transform—facilitate the internal transformation of an individual or a group through external metamorphosis.

Where I work, in the Yup’ik communities of southwest Alaska, masks, for instance, were used in the annual winter ceremonies meant to celebrate the eternal recycling of souls: primarily, to honour the spirits of animals killed during the current subsistence season so that they could return in the upcoming harvesting year. Such ceremonies brought communities together and ensured their well-being. Masks were constructed as miniature models of a universe that had multiple layers and in which all the actors—humans, animals, natural forces and even some objects—had personhood. According to the Yup’ik worldview, animals can transform into humans, humans into animals because both are persons. Masks mediated and physically manifested these transformations in ritual settings. 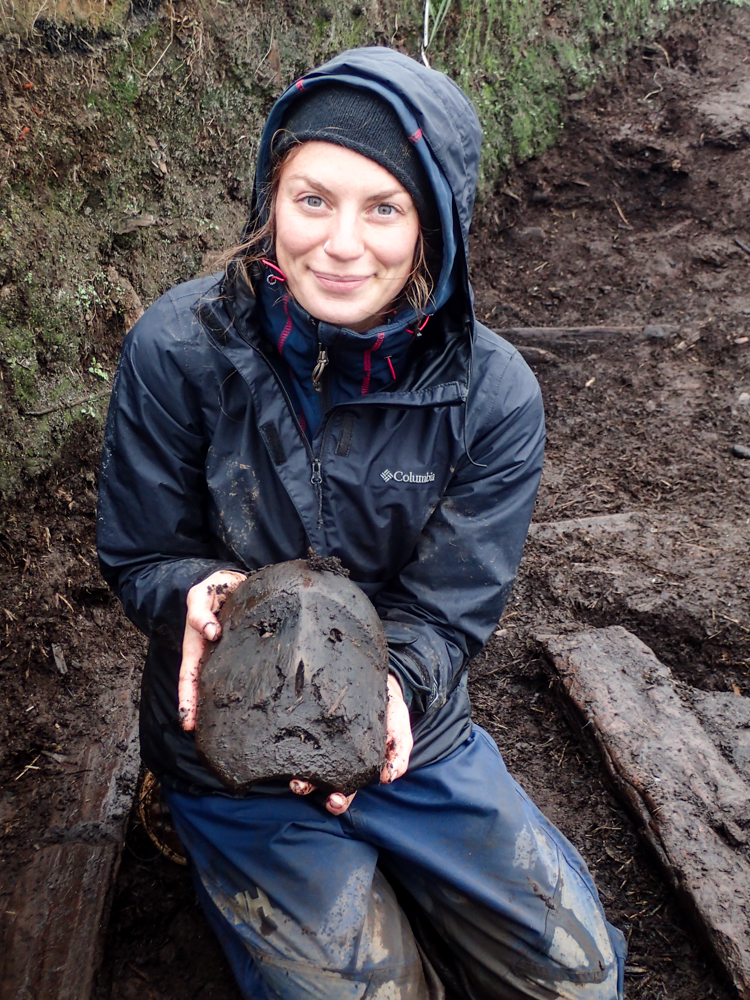 DM: The current Covid-19 pandemic has turned masks into a symbol of emergency and crisis and mask-wearing has unexpectedly become an important social issue. Current decisions about the mandatory or non-mandatory nature of mask-wearing lie at the intersection of politics, policy and scientific expertise. Far for being a simple issue of public health care, these decisions have a strong impact on the everyday life of billions of people all around the world. Which is the role of culture in the current debate about mask-wearing? Could some aspects of this debate be related with mask-wearing traditions and practices in the past?

AM: Looking at the mask phenomenon broadly, it becomes clear that masks represent not just particular beings; they refer to the founding events, worldviews and those social conventions on which the community is based. Thus, no wonder, that historically in many cultures, masks were associated with social control, power, and sanction. In some of the so-called ‘secret societies’ of Africa and Melanesia, masks were used by men in power to discipline, terrorise, and even execute offenders of the established rule. However, as we know, it is not always the authority that wears a mask. Turning to recent history—the Million Mask March in 2015. Tens of thousands of anti-establishment activists worldwide went out to the streets with their faces covered with ‘Anonymous masks’ (portraying Guy Fawkes, the symbol of freedom fighters) to protest against government corruption, surveillance, censorship, and so forth.

In the current situation of pandemic crisis, masks again are at the centre of attention. However, this time, it is the refusal of wearing a mask that has become an issue...

DM: Indeed, mask-wearing has recently acquired a political meaning. As you mentioned the Anonymous and Occupy! movements transformed Guy Fawkes’ masks into a symbol of belonging to a worldwide anti-establishment community. The recent hugely popular Netflix’s series “The money heist” successfully launched Salvator Dalí’s mask as a global symbol of resistance against injustice. During the US presidential elections wearing or not wearing a protective mask became a sign of identification for, respectively, Biden’s and Trumps’ supporters. The current mask-wearing practice has a protective function, but a side effect of it is hiding to a certain degree the face (and possibly identity) of the persons wearing the masks. What about protection and hiding as social and cultural functions of mask-wearing in different cultures and historical periods?

AM: The mask is often worn to safeguard its wearer. Think of the masks in sport games, like hockey or fencing. Masks used in the field of medicine have also always served this function, recall e.g. the ‘plague doctors’ who during epidemics of the 17th century worn spectacular consumes with beak-like masks filled with aromatic herbs to protect themselves against infection. Moreover, there are numerous ethnographic accounts attesting that the masks worn by shamans in healing ceremonies, above all, served the protective function: if ‘evil’ spirits can’t recognise your real identity, they can cause no harm to you.

Mask-wearing has always been associated not only with revealing a new identity, but also with hiding one: to ‘become’ someone else, you first need to become ‘not-me’, to conceal and even repudiate your identity in order to give way to another entity to manifest and unfold itself in your face or your body. Even if the mask that you are wearing represents your own face, it is not you anymore. This is a crucial prerequisite for a dramatic performance or any sort of re-enactment. That is why masks and other sorts of disguise are so essential in theatrical plays, or carnivals, or masquerades that are supposed to create a sense of mystery and illusion, as well as erase everyday rules and existing taboos. Hiding and revealing are two sides of the same… mask.

DM: Mask-wearing has been traditionally connected with spheres of experience that lie beyond everyday life. The realm of religious rituals as well as the theatre stage where wearing masks play a central role, are both grounded on the basic idea of performance. From this point of view, it is interesting to see how in the current situation ordinary surgical masks were very soon replaced by fancy masks provided by the fashion industry; on the other hand, people started to create themselves masks with particular verbal and pictorial messages and use them as performative tools to express their social and cultural identities and their political opinions.

AM: That's a very accurate observation. The word for the mask in different languages is usually translated as the ‘second face’, ‘false face’, or ‘like a face’. Thus, the importance of the face as a means of communication and expression of one’s social and cultural identity should not be forgotten here. The face may say a lot about a person: gender, ethnicity, age, current emotional state, etc. Faces are extremely important in interpersonal communication: we have special neural modules in the cortex of our brains (‘fusiform face area’) that are responsible particularly for the recognition of human faces. We are looking for faces even in inanimate objects all the time—in clouds, mountains, even power sockets! This phenomenon is called ‘pareidolia’. When the mask fully or partially covers the face, it should take the function of this communication channel over, right?

Surgical masks, after they came to the masses, started to be perceived as ‘faceless’. Thus, by choosing to wear an alternative mask, a hand-made mask, e.g. the one of your favourite colours, or with a particular pattern, or maybe with a logo of the social or professional group you belong to, you simply refuse of being impersonal; you keep expressing yourself, your identity. 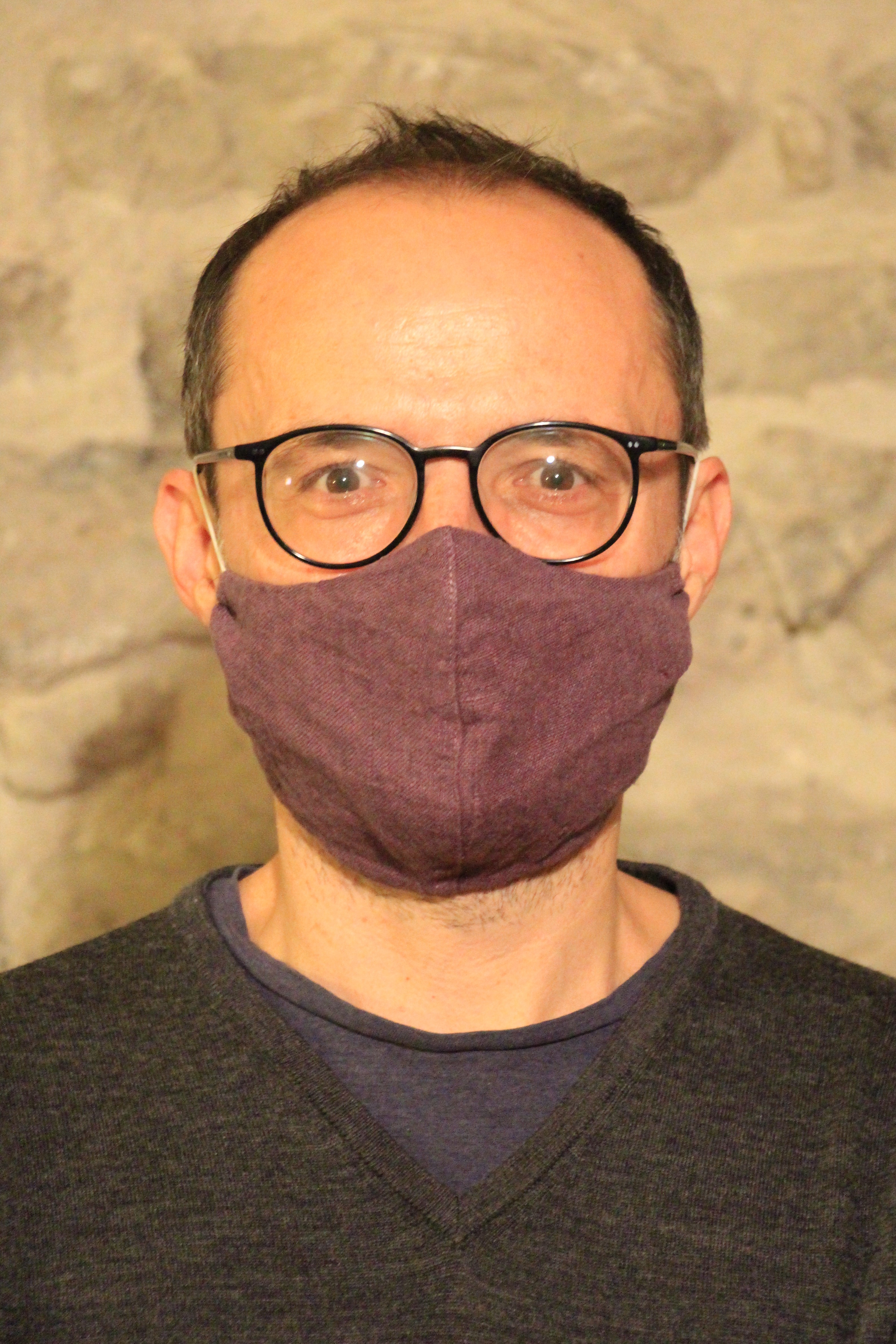 DM: The Latin word “persona”, from which the word “person” and its derivatives originated in many European languages, originally meant the wooden mask which actors wore on the stage. This resonates with the idea that what we are, our identities coincide with the masks we decide to wear on that big stage which, according to William Shakespeare, the world is. This essential connection between masks and personhood may offer an answer to the question why many people, for instance in Estonia, consider the present obligation to wear masks as an infringement of their freedom and an undue intrusion into their personal sphere. This is of course a very individualistic reaction. The currently more reasonable alternative would be to proudly wear masks as a sign of our solidarity with all the other members of society and our personal commitment in the collective effort for the wellbeing of the community as a whole.

AM: Indeed, there are a lot of negative connotations in today’s discussion on mask-wearing. However, as we see, people are being quite creative while making or choosing their masks. So, I don’t think it is the undue infringement on anyone’s freedom of self-expression, especially considering that people’s health is at stake. On the contrary, the mask is yet another means to express oneself. Wearing a mask may not be very convenient, but, as said earlier, definitely very appropriate in the periods of transition. And we live in one right now! Times of crisis have always demanded their sacrifices so that a new better self, or world, could emerge.

The Estonian version of this text was originally published in AK, the cultural supplement of the Postimees, on the 5th of December. 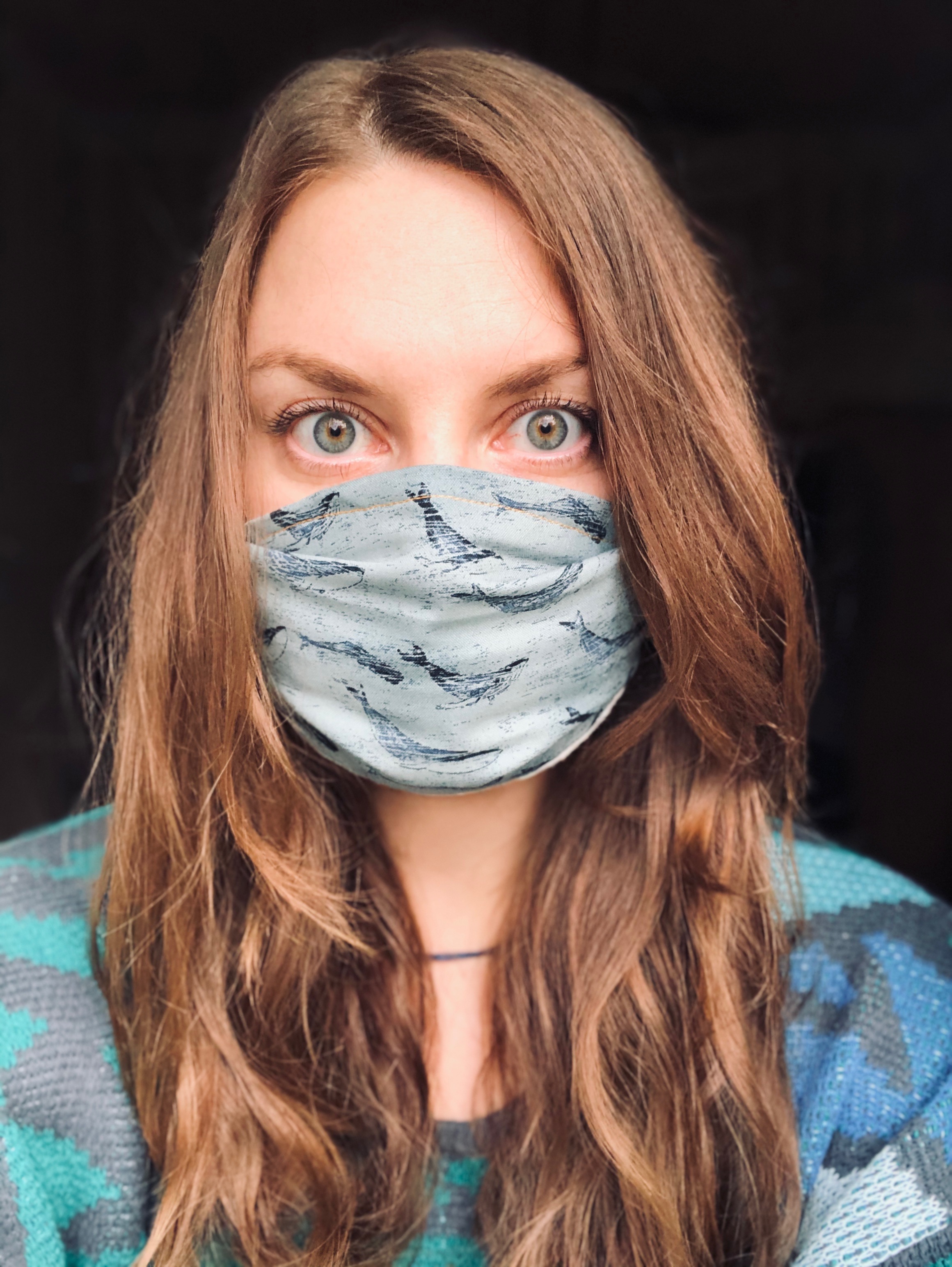