In 2014, an assortment of gaming fans, men’s rights activists, and right-wing provocateurs, engaged in a months-long harassment campaign called #Gamergate (named after the hashtag supporters used on Twitter).  Ostensibly about “ethics in games journalism” #Gamergate was actually the first instantiation of what we now know as the “alt-right” – a loose, leaderless confederation of white ethnonationalists, Islamophobes, men’s rights activists, misogynists, far-right activists, and trolls.

Part of the success of the “alt-right” has been attributed to their successful technological acumen and ability to harness the memetic logics of spaces like 4chan. But no mainstream platform has become as synonymous with both #Gamergate and, later, the rise of the “alt-right” as Reddit. From communities (subreddits) such as /r/pizzagate, dedicated to uncovering material related to the broadly debunked conspiracy theory about Democratic leaders running a child-sex trafficking ring through a pizzeria, to /r/The_Donald (the subreddit for then-candidate Trump), Reddit has mainstreamed many of the ideas popularized by the “alt-right.” But why is this?
In this talk, I revisit the events of #Gamergate and the concomitant rise of the “alt-right” on Reddit. I argue that the “alt-right’s” prominence has much to do with its cultural logics and the politics embedded in the platform’s design. I explain how the technolibertarian ideals of Reddit and its culture of anti-feminism, trolling, and ambivalent humor are reflected in the site’s most prominent “alt-right” spaces.

Adrienne Massanari (PhD 2007, University of Washington) is an Associate Professor in the Department of Communication at the University of Illinois at Chicago. Her research interests include new media, gaming, digital cultures, design, gender, and ethics. Her recent book, Participatory Culture, Community, and Play: Learning from Reddit (Peter Lang, 2015), considers the culture of Reddit.com. Massanari’s work has appeared in New Media & Society, Feminist Media Studies, First Monday, Journal of Computer-Mediated Communication, and Journal of Information Technology & Politics. Prior to joining UIC, she was at Loyola University Chicago and served as the Director for the School of Communication’s Center for Digital Ethics and Policy. 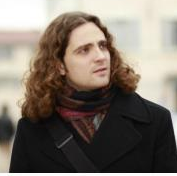 This talk, written with Roman Kuhar (University of Ljubljana), examines the development of campaigns against “gender ideology” in Europe, leading to the emergence of a specific family of mobilizations that we call anti-gender campaigns. These campaigns, started in the mid-1990s as a Catholic project in reaction to the results of the UN conferences of Cairo and Bejing, but developed significantly in several European countries after crucial encounters with right-wing populism. While recognizing the importance of these crossovers, we contend the interpretation that mobilizations against “gender ideology” and right-wing populism are the two faces of the same coin, and we plead for a more complex understanding of the ways in which distinct—and sometimes competing— projects can converge in specific settings. We argue that research on the “Global Right Wing” should therefore disentangle the various components of this phenomenon, and locate them in concrete settings. We show that this research strategy allows us to better grasp the specificities of each project and the ways in which they interact. Opening our eyes on crucial developments in contemporary Europe, this strategy also prevents researchers from falling into the trap of a global and unqualified backlash against everything achieved in terms of gender and sexuality in the last decades.

David Paternotte is an Associate Professor in sociology at the Université libre de Bruxelles, where he is the co-director of STRIGES and the Atelier Genre(s) et Sexualité(s). He also chairs the Belgian French-speaking master in gender studies. His work has long focused on gender, sexuality and social movements, with a focus on transnational lesbian and gay activism. He is currently examining conservative campaigns against women’s and LGBTI people’s rights in Europe, with a focus on “gender ideology”. In addition to numerous articles and book chapters, he has authored the book Revendiquer le “mariage gay”: Belgique, France, Espagne (Editions de l’Université de Bruxelles, 2011). He has edited numerous collected volumes, including The Lesbian and Gay Movement and the State (Ashgate 2011, with Manon Tremblay and Carol Johnson), LGBT Activism and the Making of Europe: A Rainbow Europe? (Palgrave, 2014, with Phillip Ayoub), the Ashgate Research Companion to Lesbian and Gay Activism (Ashgate, 2015, with Manon Tremblay) and Anti-Gender Campaigns in Europe: Mobilizing against Equality (RLI, 2017, with Roman Kuhar). He is the co-director of the book series “Global Queer Politics” (Palgrave) and “Genre(s) & Sexualité(s)” (Editions de l’Université de Bruxelles).