Estonian Studies enables you to get a broad-based and interdisciplinary postgraduate degree and offers the possibility to see both the uniqueness and specifics of Estonia, the place of Estonia in a global context. 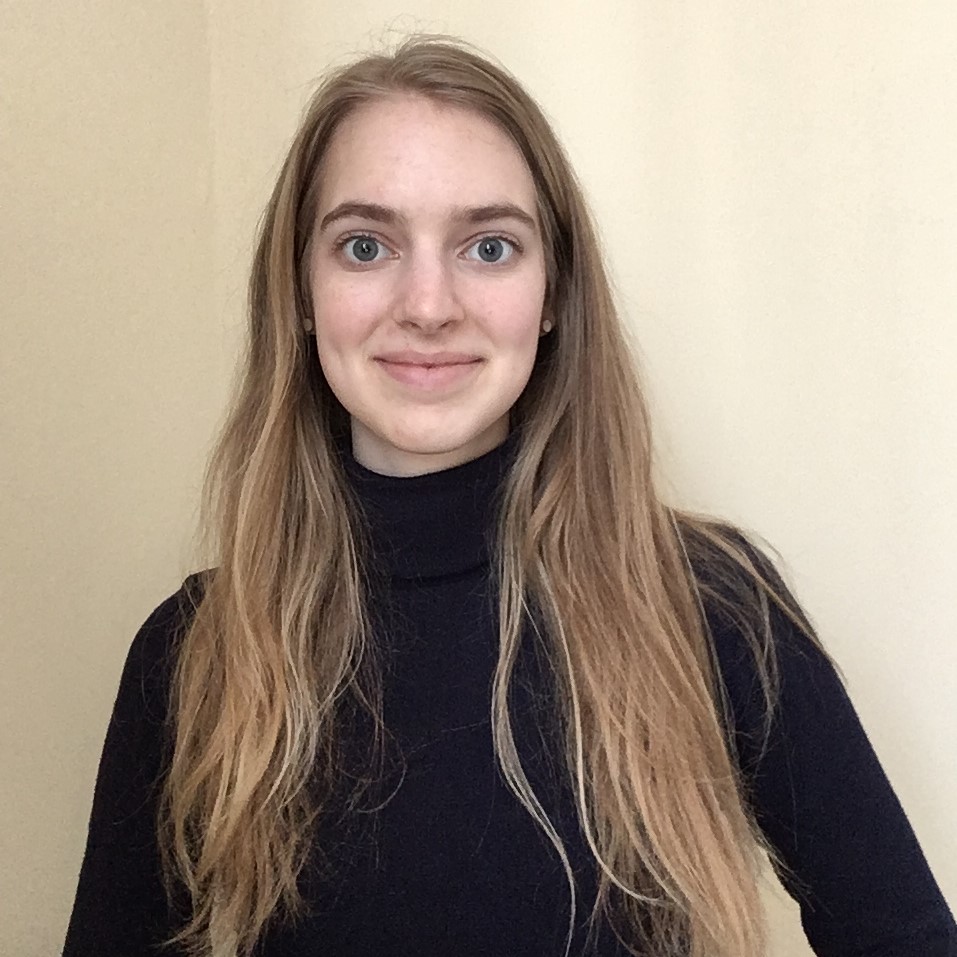 "While I had already started learning Estonian, I felt that I wanted to invest in it more. Additionally, I was looking for a Masters programme that would provide me with a better understanding of Estonian culture and society and, through this, function as a bridge between my Social Science Bachelor and the reality of life around me. “Estonian Studies” ended up being my choice." Read more.

Estonian Studies is in many respects the calling card of Estonian State and is aimed at everybody who is interested in various aspects of Estonia. Come and study with us!

Our main target group are people who are interested in the Estonian language, culture, history and society but who do not have Estonian as their first language.

Our study programme is suitable for you:

Lectures will be usually held from Thursday to Saturday.

During their studies the students must pass a compulsory module of Introduction to Estonian Studies, which consists of courses like Estonian Regional Studies, Estonian Contemporary Culture, Language and Society, Estonian Politics and Society.

The study programme provides opportunities for practical activities like Research Project in Speciality and Master Seminar; the Estonian language level will be enhanced.

Within the electives of Estonian Language, Culture, History and Society students will have a choice of courses, for example:

During the whole two year study period the students will be able to enhance their Estonian language skills and the students specialising in translation of fiction have opportunities to develop relevant skills. 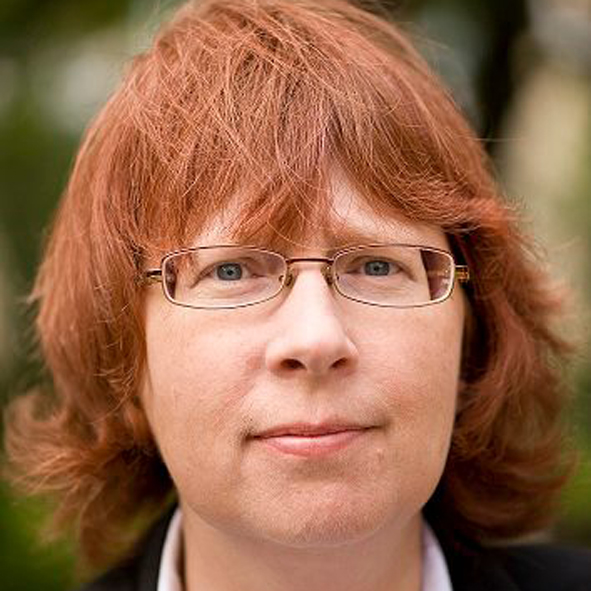 Professor of Estonian Literature and literary theory, head of the estonian studies Programme 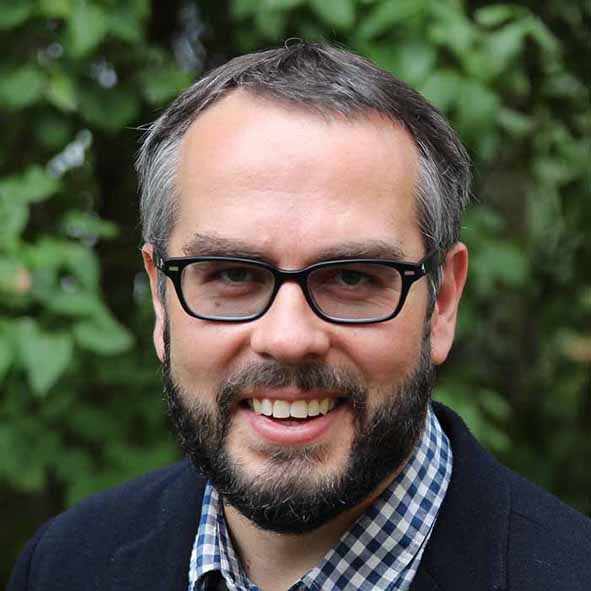 Marek Tamm is the Professor of Cultural History and senior research fellow at the School of Humanities in Tallinn University. He is also Head of Tallinn University Centre of Excellence in Intercultural Studies and of Estonian Graduate School of Culture Studies and Arts.  Graduated in history and semiotics at the University of Tartu (1998), he earned his master degree in medieval studies from the Ecole des Hautes Etudes en Sciences Sociales in Paris (1999) and his doctorate degree in medieval history from Tallinn University (2009). Author of five books, of some seventy scholarly articles published in Estonian, English and French, and editor of dozen collections of articles.

Follow his minilectures How Old is Estonia? and What do We Remember From Estonian History? 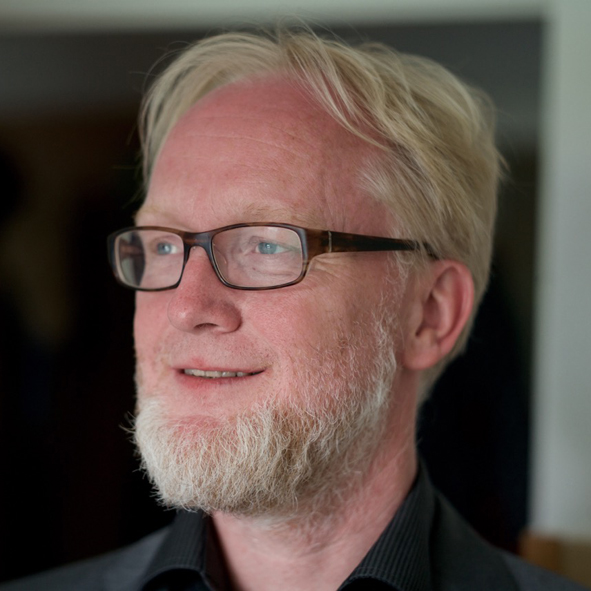 professor of estonian and general history

Karsten Brüggemann is the Professor of Estonian and General History at the School of Humanities of Tallinn University. He received his PhD in history from the University of Hamburg in 1999 with a study of the Russian Civil War in the Baltic region: Die Gründung der Republik Estland und das Ende des ‚Einen und Unteilbaren Rußland‘ (Wiesbaden: Harrassowitz, 2002). In 2013, he defended his habilitation at the University of Gießen with a study on the perception of the Baltic provinces in Russian imperial culture that is scheduled to be published in 2017 under the title Licht und Luft des Imperiums. Legimitations- und Repräsentationsstrategien russischer Herrschaft in den Ostseeprovinzen im 19. und frühen 20. Jahrhundert (Wiesbaden: Harrassowitz). He is the author of an analysis of musical mass culture in the USSR in the 1930s, Von Krieg zu Krieg, von Sieg zu Sieg (Hamburg: Kovač, 2002), a history of Tallinn, co-authored with Ralph Tuchtenhagen (Tallinn. Eine kleine Geschichte, Köln: Böhlau, 2011; in Estonian published as Tallinna ajalugu, Tallinn: Varrak, 2013) and numerous articles on Baltic and Russian history. Together with Ralph Tuchtenhagen he is the editor of a three-volume history of the Baltic States. He is co-editor (with Mati Laur) of the journal Forschungen zur baltischen Geschichte and member of the editorial board of Zeitschrift für Ostmitteleuropa-Forschung. Since 2011 he serves as Vice President of Baltische Historische Kommission.

Main research interests: connected with Russian and Soviet history include the history of the Baltic States, civil wars and wars of independence, the cultural history of Stalinism and Late Socialism, national narratives and memory cultures as well as the history of sport and tourism.

Anna Verschik is the Professor of General Linguistics at Tallinn University. Her scholarly interests include topics like Estonian-Russian language contacts, multilingualism on the internet, sociolinguistics in the Baltic countries, contacts of Yiddish in the Baltic area and sociolinguistic situation of post-Soviet countries in a comparative perspective. She teaches subjects related to her research field.

Follow her minilecture Will the Estonian language go extinct? 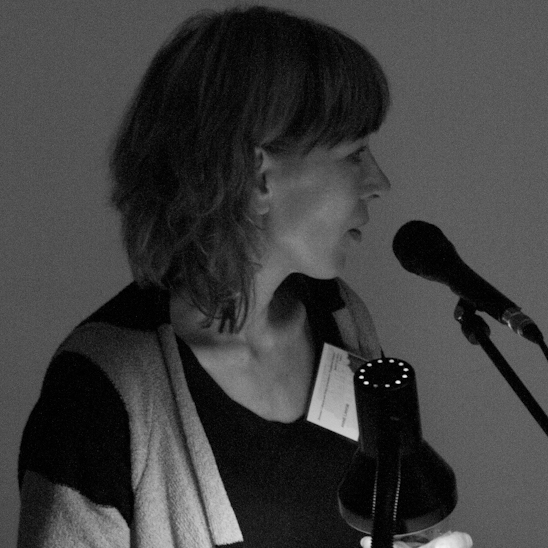 Anne Lange is Associate Professor of Translation Studies at Tallinn University. She is the author of the biography of Ants Oras (2004), an influential Estonian translator and cultural critic of the 1930s–1960s. Her main research interests are in Estonian cultural history and the history of translation with a view to consolidating a historical perspective for Translation Studies and a relevance of Translation Studies for history. She has published in Estonian and in English and she co-edited the volume Between Cultures and Texts.Itineraries in Translation History/Entre les cultures et les texts: Itineraries en histore de la traduction. With an Introduction by Theo Hermans, (Peter Lang, 2011) and the special issue of Methis. Studia Humaniora Estonica on the history of translation in Estonia (2012). Her Tõlkimine omas ajas [Towards a Pragmatic Understanding of Translation in History] (Tallinn University Press, 2015) provides an outline of Estonian translation history.

Tõnis Saarts is the Associate Professor of Comparative Politics at Tallinn University. He comments regularly on topics related to politics in Estonian media and is therefore one of the best known Estonian politologists for the wider audience. His research interests focus on comparative perspectives of Estonian parties and democracy and approaches Estonian political developments in a broader Central and Eastern European context. Saarts has been a guest lecturer in University of Vienna where he lectured on the politics and society of the Baltic States.

For candidates specialising on translating

Important! Only applicants receiving minimum of 28 points for the first round (letter of motivation and research proposal) will be invited for an interview.

Our graduates will have a balanced knowledge on Estonian language, culture, history and society and have acquired Estonian language at least at B1 level. Such knowledge provides pre-requisites for working in ones home country or in Estonia in the fields of cultural, economic or business relations, as a diplomat, export culture or engage in any type of creative industry. Our graduates will have necessary skills to start translating Estonian literature into foreign languages.

Our graduates will be able to continue their studies at PhD level either in Estonia or abroad.

Meet some of our Alumni 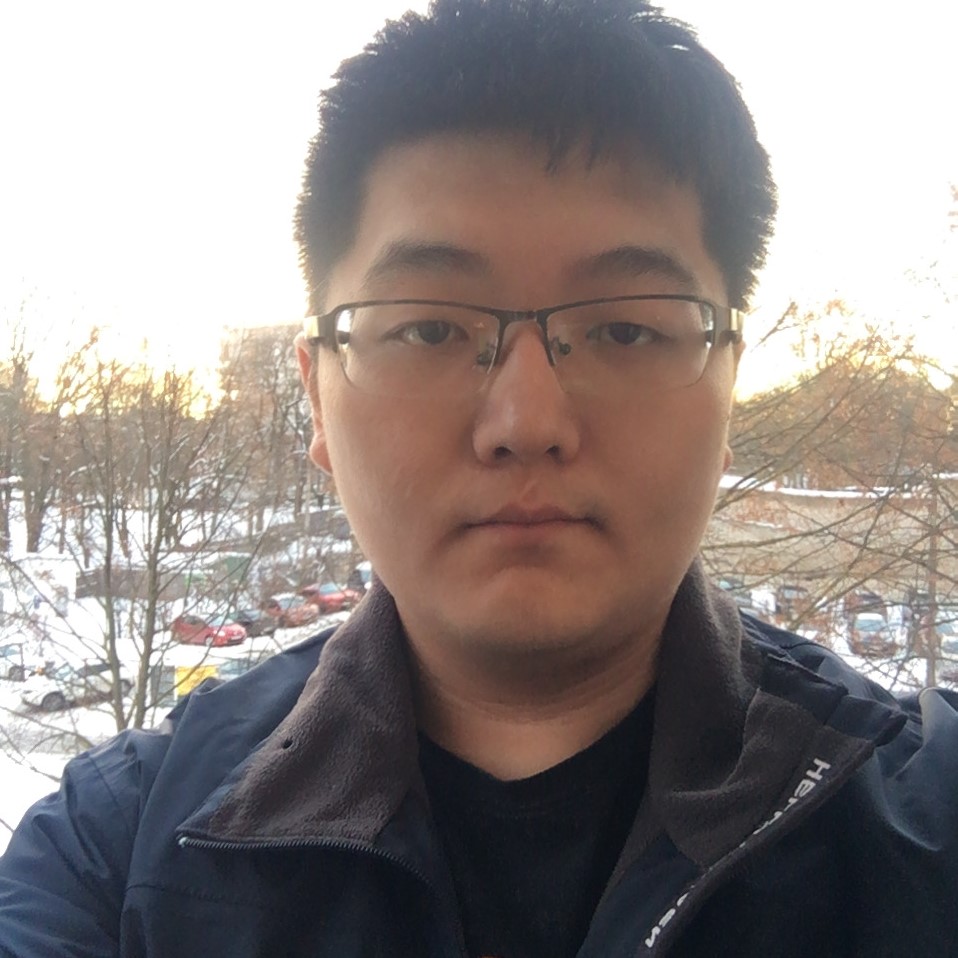 It was a very unique experience for me to study in Estonian Studies programme from 2018. This programme taught me much more than I expected about Estonia, including Estonian language, culture, literature, politics and many other pieces of this amazing country. The programme is well structured to bring you a very clear understanding of Estonia, which also gives you the power to do your own research. I miss school life at Tallinn University very much and recommend everyone who relocates to Estonia or is eager to know more about this fascinating country to apply for it. 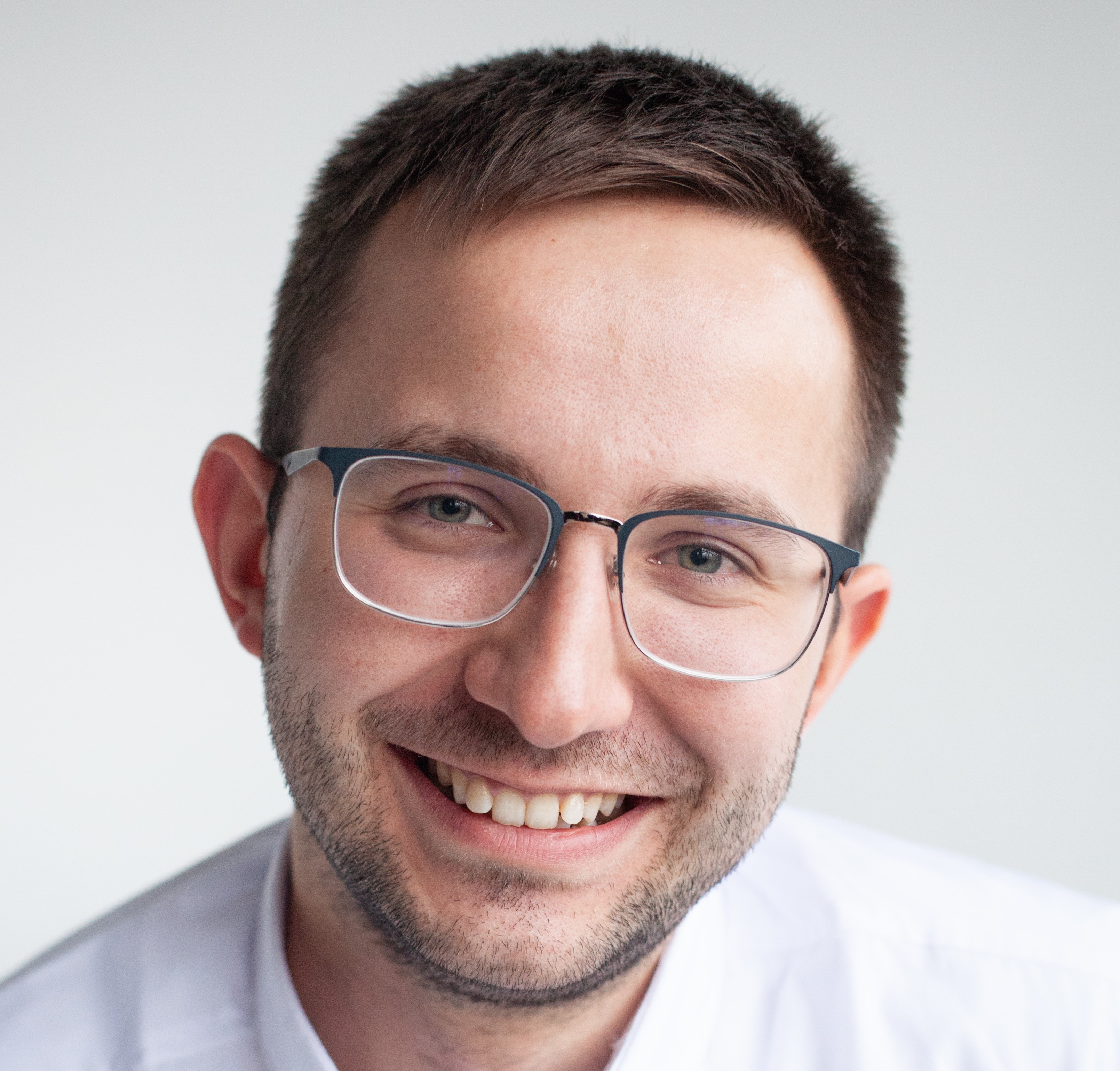 Several years ago, thanks to my friends from Estonia, I started exploring Estonian history and culture. We travelled a lot around towns, villages and islands, discovering new places. Then, I started organizing business trips for international companies and learning about Estonia from the professional side. Finally, I realized that I want to move to a new level of knowledge about Estonia. That matched with the concept of the "Estonian Studies" programme, which combines the Estonian language, culture, literature, and history.

During the Master's program at Tallinn University, I improved my knowledge in humanities, developed new skills, met new interesting people and good friends. I will continue studying the Estonian language and culture and share my inspiration and experience with other people.

2 years of study totally changed my views and added new elements to the life puzzle. This is totally what I was looking for. I wish everyone got this experience, that I gained within the walls of Tallinn University. 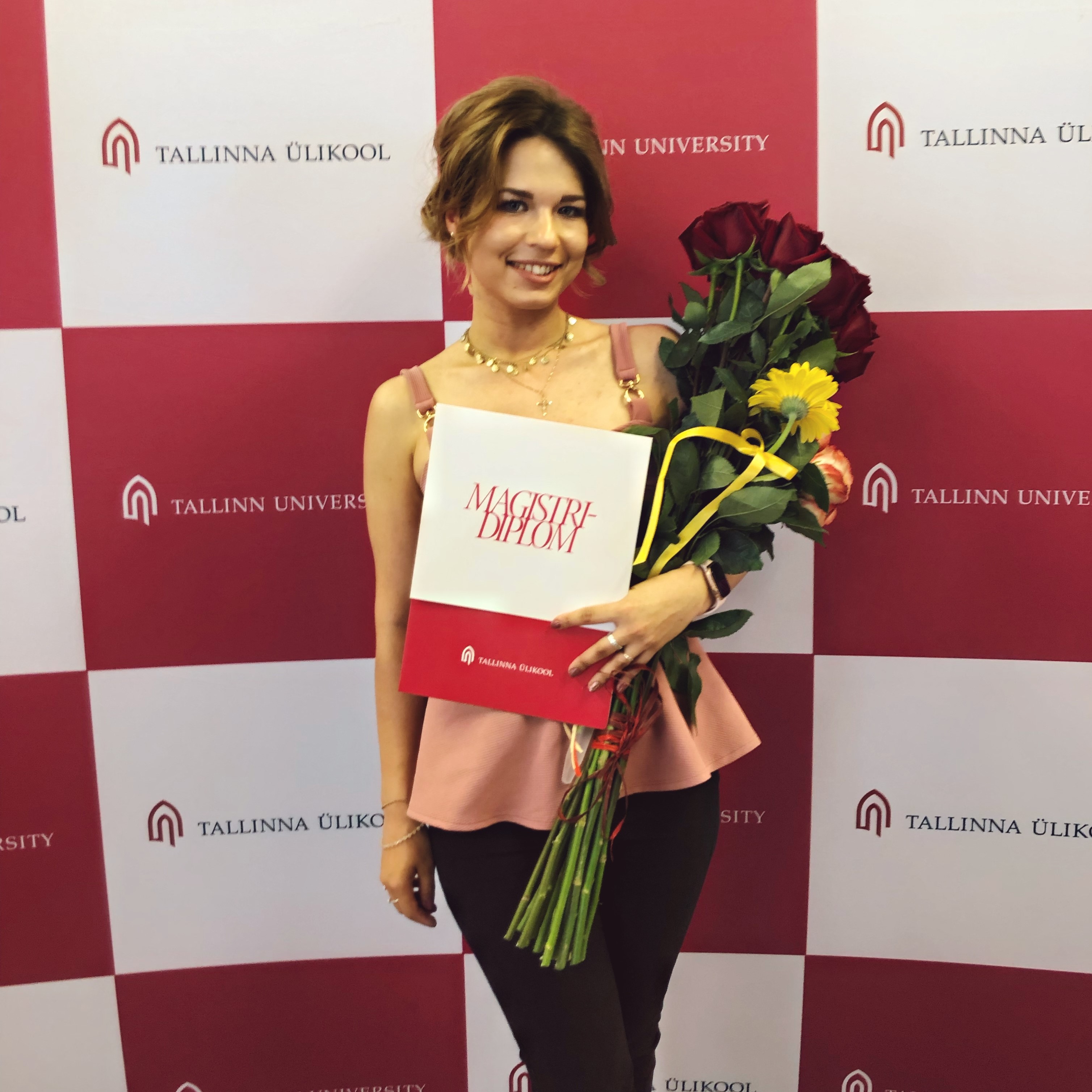 I am very proud to be one of the first graduates from Estonian Studies program. It was introduced in 2017, and I was very excited to be a student at this program. Estonian studies gave me an excellent opportunity to improve my Estonian language, as well as learn about Estonian culture, literature, politics, society and many other aspects of Estonia. I graduated in 2019 and I miss very much studying process, as it was super many-sided, inspiring and fascinating.

Engage in a broadly interdisciplinary study of the relationships between literature, visual culture and film in contemporary and historical contexts. Gain cutting-edge theoretical insights into intermedial aesthetics and into the philosophy of literature, art and film. Equip yourself with critical tools for the cultural analysis of contemporary audiovisual, image, and text-based media.

Are you interested in international security and the changing world order? Then International Relations at Tallinn University is for you!