In the journal’s first section “Issledovaniia i materialy” (“Articles and Notes”), the readers shall find eight articles (in Russian and English) both in the close reading genre (e. g. the article by Alexandra Pakhomova on Mikhail Kuzmin and Alexander Dolinin’s article on Vladimir Nabokov’s Glory) and also in the field of literary history. In particular, there are prefaced and extensively annotated first publications of two letters of Prince Pyotr Vyazemsky to Pyotr Bartnev (publication by Lev Sobolev), Boris Eichenbaum’s letters to Iurii Nikol’ski (publication by Marina Salman), and three letters of Ivar Ivask to Boris Pasternak (publication by Aija Sakova). There are also two texts by Andrei Kaisarov, one of which has never been published in full before, and the other, Vospominaniia o Schlözere (“Memoir on Schlözer”), has been previously mistakenly attributed to Alexander Turgenev (publication by Marina Koreneva and Ekaterina Larionova). Pushkin Studies are represented by Michail Bezrodnyj’s second installment in his series “Iz kommentariia k Pikovoi dame: 5–6” (“From Annotations to The Queen of Spades: 5–6”); there is also a yet another installment in Roman Timenchik’s monumental series of annotations to Anna Akhmatova’s Notebooks (see also: Slavica Revalensia, vols. 5 and 6).

In the “In memoriam” section of the journal, there are obituaries to the following experts in Russian literary studies: a senior research fellow of the Institute of World Literature of the Russian Academy of Sciences Oleg Korostelev (1959—2020), prof. James Bailey (1929—2020) of the University of Wisconsin-Madison, prof. Elena Dushechkina (1941—2020) of the St. Petersburg State University, and prof. Nikolai Bogomolov (1950—2020) of the Moscow State University.

The publication has been supported by the TLÜ development foundation (TF1018) and the TÜHI research fund. 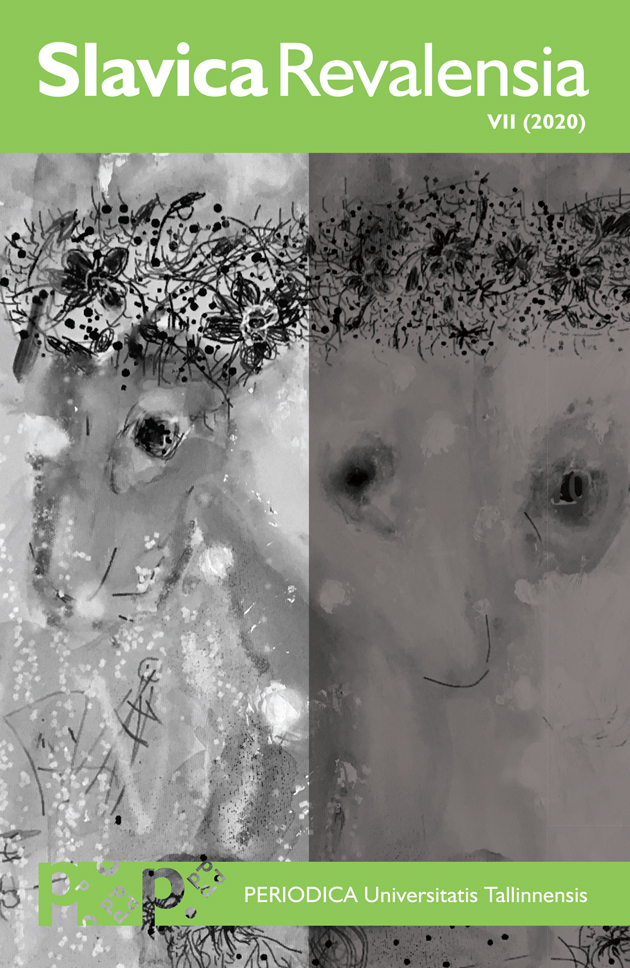