On 7th October the Estonian KiNESIS team took part of the Impact Day in Tallinn, which is the largest sustainability festival in the Baltic countries. There were 3 stages with inspirational talks and discussion panels, Tallinn University’s KiNESIS booth was at the demo area together with 40 other organisations.

Organisers have said that the festival brings together people who want to act for a better life around us, people who are really taking steps towards a better future.

There were over 1400 people visiting the event. KiNESIS booth presented the project information, there was a screen showing Youtube videos of the KiNESIS project and of the Estonian interns’ experience. Maureen Shisia Barasa and Muhammad Nasir were present throughout the day to introduce the project and share their experiences of their KiNESIS internships.

There were a few students who used the QR code to access more information and to consider applying. I would argue that the general discussions held with passers by were even more valuable, as many people have close personal connections with shrinking areas in Estonia. Maureen and Muhammad were keen to compare their experiences with few initiatives happening in Estonia that were brought up. Some people even approached to express an opinion that urbanization is an irreversible process and were faced with examples what a strategic approach could actually change and achieve. 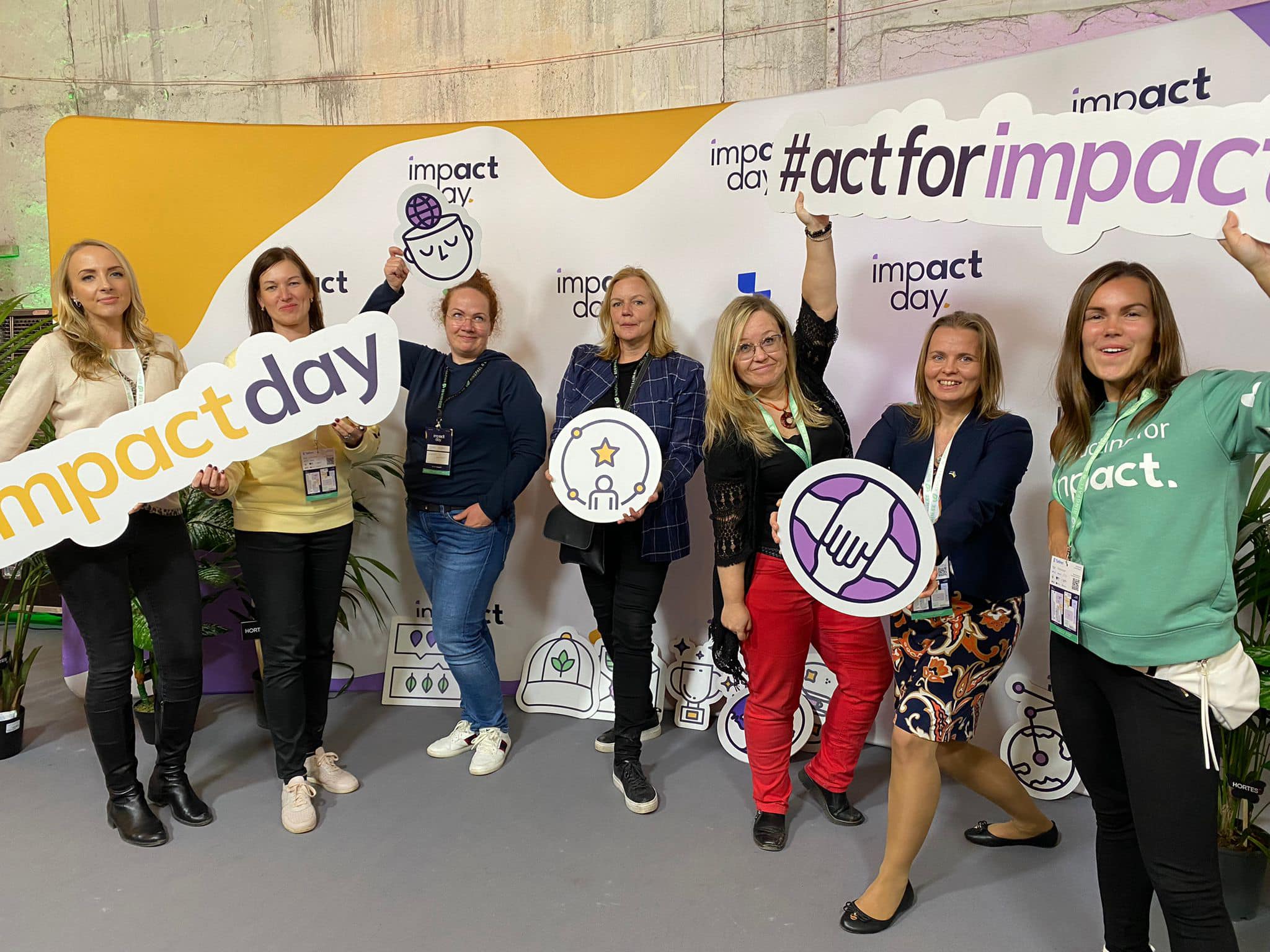 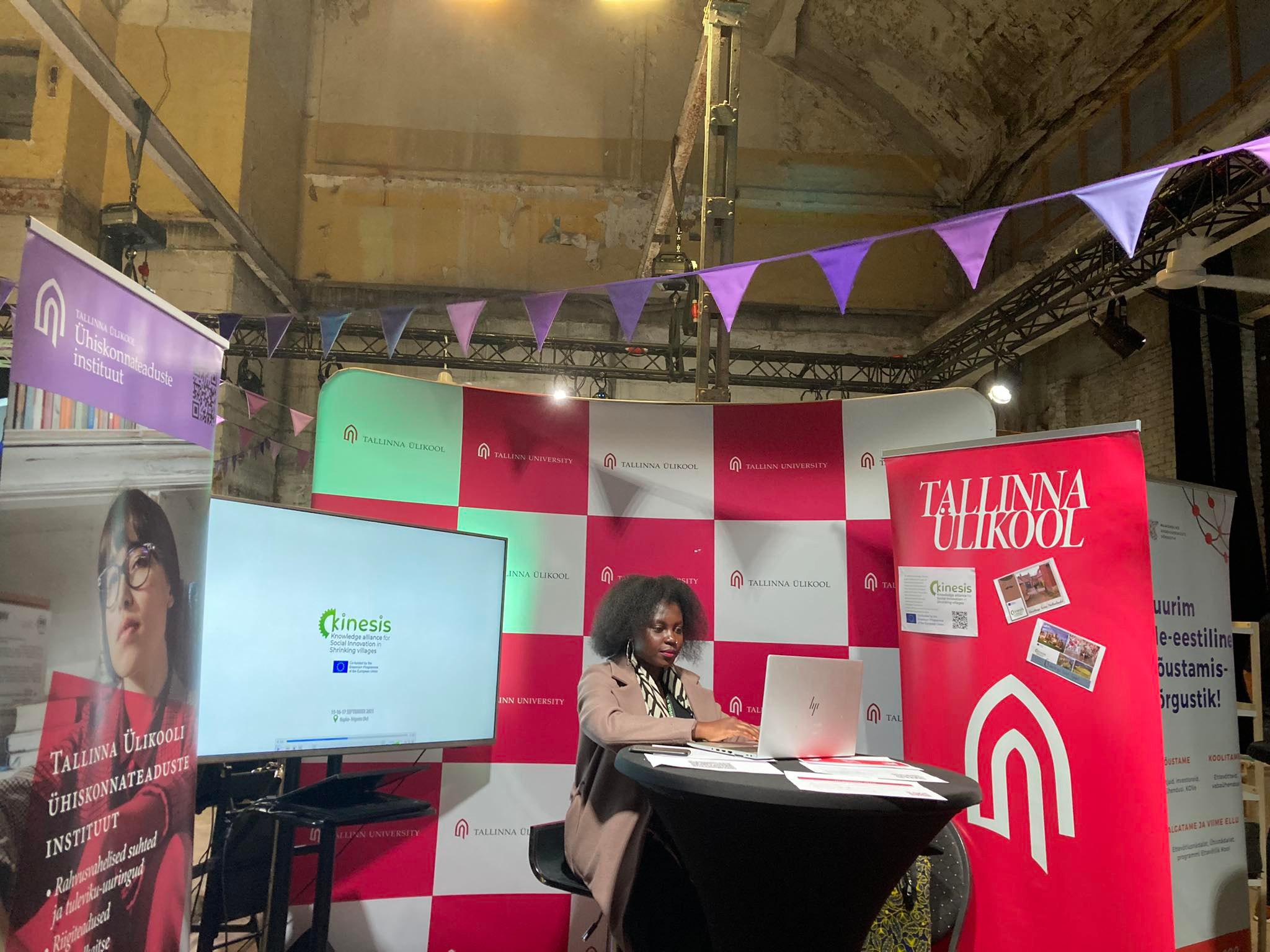 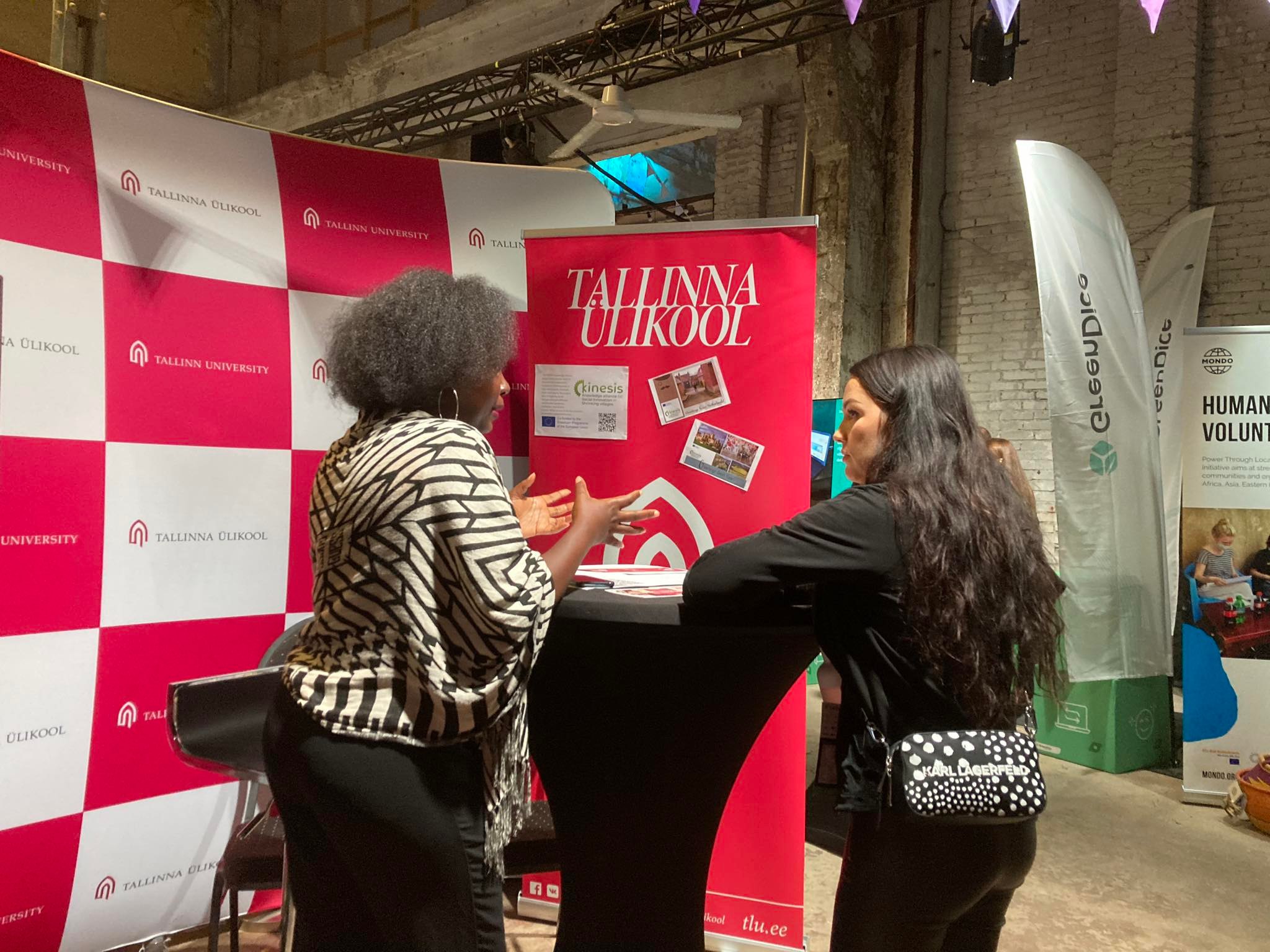 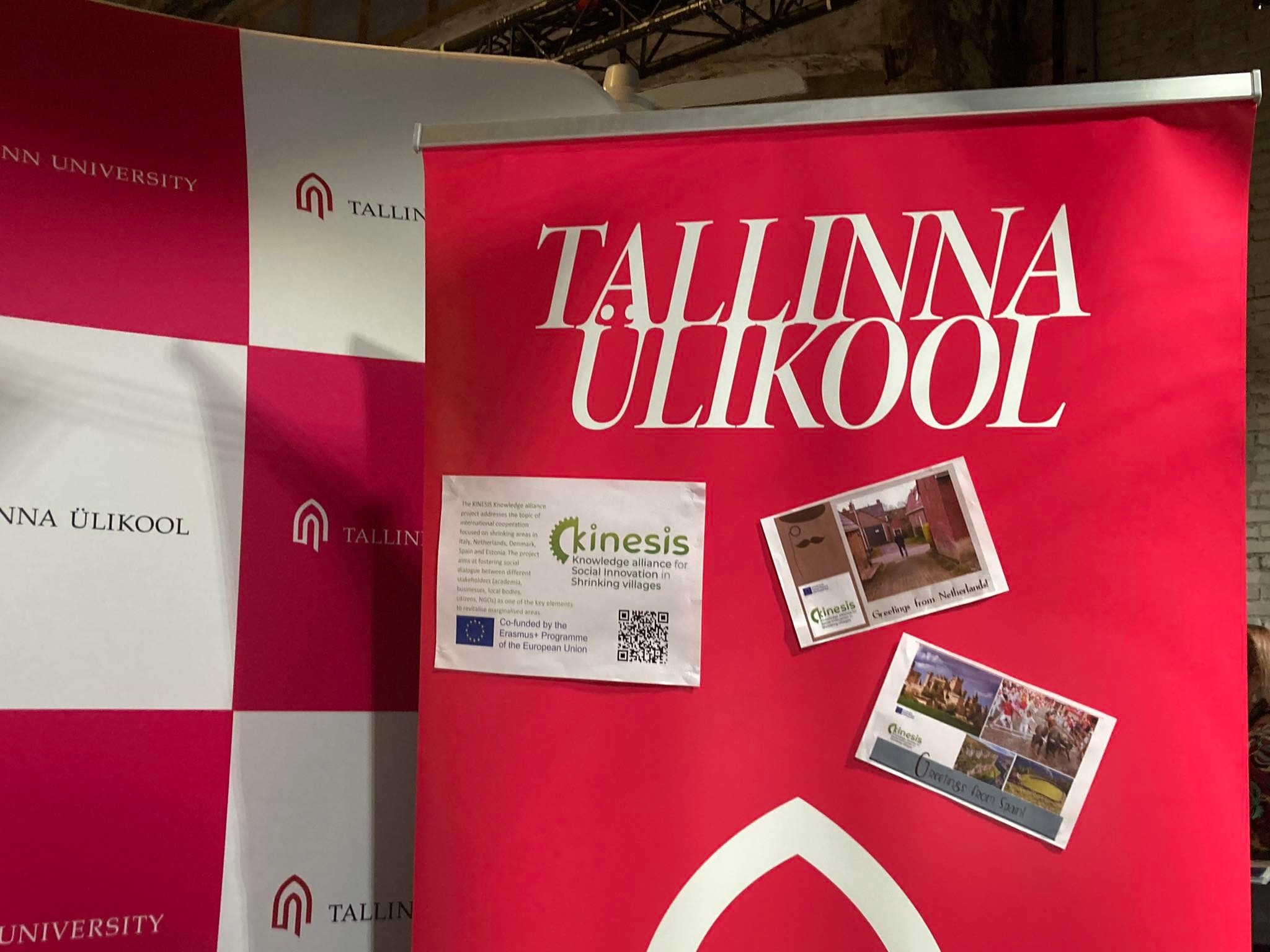