It is a curriculum aiming to prepare students for the more complex and interrelated world. No country or company is an island these days – they are all affected by political, societal and economic trends, national and international policies, governmental and non-governmental actors. The program equips students with a broad knowledge basis to prepare them for a future not just in the government or party politics, but also as knowledgeable and able actors in international organisations, the third sector or even private sector.

Take the first step in fulfilling your dreams by studying at Tallinn University's School of Governance, Law and Society!

Ukrainian war refugees beginning their studies in Tallinn University in the Fall of 2022 will be granted a tuition fee waiver for the 2022/2023 academic year.

The programme welcomes students from across the world who are interested in politics, governance and international relations and see their future somehow related to this field. Whether you want to pursue an international career or advance some aspect of life in your hometown, or simply could not tune out from following Donald Trump’s accession to the presidency of the United States, the programme of politics and governance should be both interesting and useful for you. The programme contains many elective courses, so it is a good option for both students who have a strong interest in some particular field of politics and governance, but also suits students who have not yet decided about their specialisation and would like a good general education in social sciences. 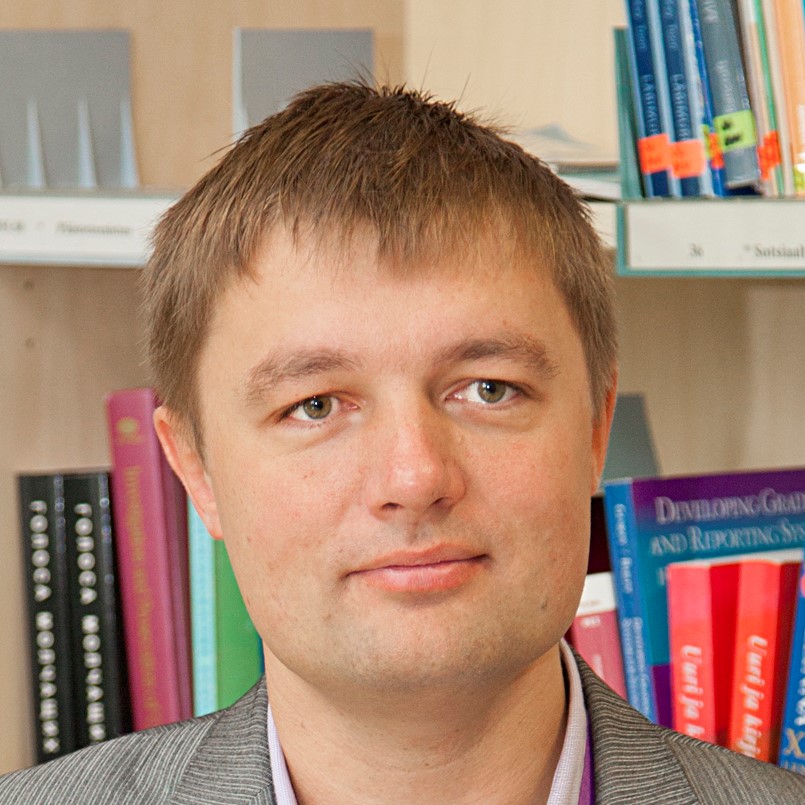 Professor of State and Citizenship Theory

Leif Kalev is Professor of State and Citizenship Theory and also head of the study area for political, governance and international relations studies. He has worked in the academia since 2002, but also served as Secretary General at the Ministry of the Interior in 2013-2015. In the Politics and Governance programme, he teaches courses like State, Politics and Government, Democratic Statehood, and Parties and Party Systems. 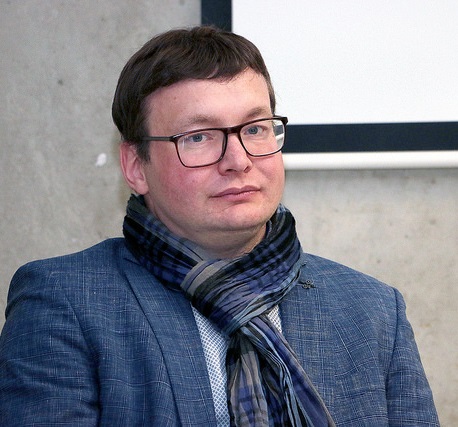 Tõnis Saarts is Associate Professor of Comparative Politics. He has been a visiting professor of the Vienna University (2009 and 2016) and he is also serving as the official representative of The European Consortium for Political Research (ECPR) at the Tallinn University. For the Politics and Governance programme, he teaches Research Design, Political Sociology, Political Parties and Party Systems, and Politics and Government in the Baltic States. 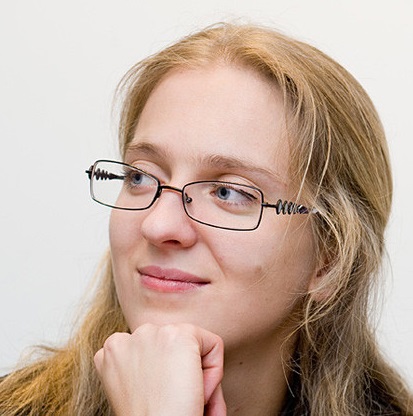 Mari-Liis Jakobson is Associate Professor of Political Sociology and also head of the study programme. She earned her PhD degree in 2014 and then acted as post-doctoral researcher at University College London. She has been teaching at Tallinn University since 2009. For the Politics and Governance programme, she teaches Political Sociology, Political Communication, Civic Society, and Qualitative Research Methods. 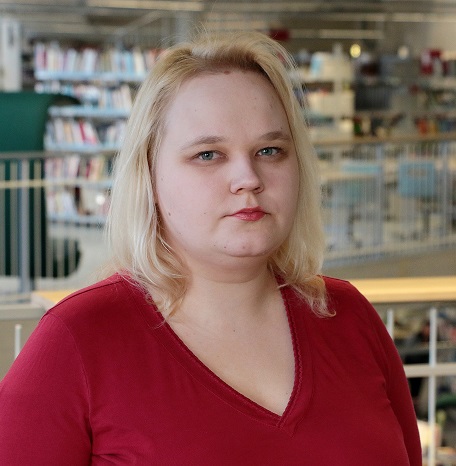 Catlyn Kirna is Lecturer in International Relations and one of the most highly regarded teachers among our students. She holds two MA degrees – one in international relations and the other in translation. For the Politics and Governance programme, she teaches Studying at the University and Basics of European Union. European Parlament Conference of Presidents meets with the incoming Estonian Presidency of the Council at Tallinn University", moderated by Caltyn Kirna. 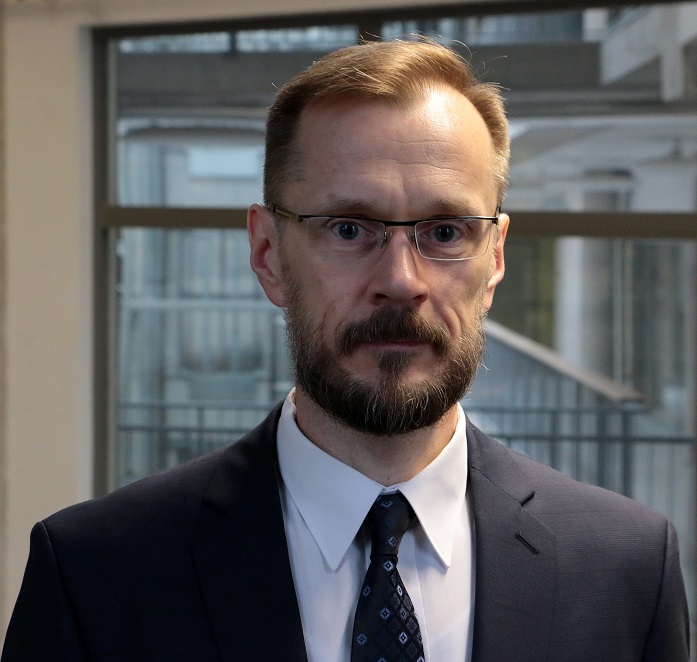 Priit Suve  is Associate Professor of Public Management. He has served as a  police officer more than 26 years in different positions mostly in law enforcement police but also as a CEO of West Prefecture for about ten years. During this full-time work in the police, he earned his Ph.D. degree in 2016. Since 2017 he teaches Basics of Public Management; Management in Public, Private, and Non-Profit Sector.

What else does our staff do?

Choose one of these four articles to read:

These articles do not represent the views of Tallinn University, they were simply chosen for discussion.

NB! Plagiarised motivation letters are not accepted in any form and will be failed!

All applicants must show an identification document (passport or ID card) at the interview. With international applicants, the interview will be carried out via Zoom and for the purposes of identity verification, the admission committee has the right to record the interview.

Estonian citizens and holders of a long-term residence permit

If you are an Estonian citizen or a holder of a long-term residence permit, you can find information regarding the admission requirements and the application procedure in Estonian here and in English here.

A graduate of any BA programme is primarily expected to continue studies to obtain an MA degree. More than 20 years of experience indicates that our graduates are well prepared to enter further studies in European universities and beyond. The Politics and Governance BA programme also provides basic competences to work, especially in NGOs but also in public administration, enterprises and international organisations. This is supported by a more specialised elective module and practical training.

Examples of the currently high ranking politics and governance alumni of Tallinn University include Deputy Secretary General for economic development in the ministry of economic affairs and communications Viljar Lubi, head of the Estonian foreign intelligence service Mikk Marran and head of national financial control department in the ministry of finance Kaur Siruli, but also the head of Elering (one of the largest companies in Estonia) Taavi Veskimägi, deputy chairman of the Estonian Centre Party Jaanus Karilaid and programme director of the TV channel ETV+ Darja Saar.

Why School of Governance, Law and Society?

Tallinn University has a modern urban campus located in the center of the city. The airport, train and bus stations are just a few minutes away by public transport. The beautiful view of the harbour is a constant reminder that students studying at Tallinn University are in the center of a major European hub. Our students have access to physical and online libraries, computer labs, cafeterias and cafes. Further, the university has all the facilities necessary for a productive learning environment and ample opportunities for leisure, sports, and social activities, all leading to an exciting and well-balanced student life. Take a walk around our campus via the virtual tour!

Our Politics and Governance program is taught entirely in the English language. Our student body is international, with students from many countries in Europe, as well as students from Africa, Asia, and the Americas. Day-to-day student life is always international at Tallinn University, as our program is closely connected with other English language programs and among your classmates, you will frequently find Erasmus students who have come to visit.

If you are interested in how the law impacts our daily lives and how disputes are settled in an increasingly globalized world, then studying law at Tallinn University is for you! The programme focuses on European and International Law.

Liberal arts ideology comes from the era of antiquity. It is the idea that a free person must know certain things to be a good member of society. Tallinn University’s liberal arts in social sciences does not teach rhetoric or grammar but does give you all you need to know about social sciences.