The programme provides a unique opportunity to engage with questions like what are the limits of the freedom of speech online or what is sovereignty over the digital environment? Or how to balance human rights in the online environment? This programme will provide students with the skill-set necessary to analyse the effects of digitalisation on human rights and law in general. The courses have a balance between theory and practical problems and assignments. The students will be encouraged to take a critical perspective, research topical issues that they feel passionate about and highlight flaws in the current system.

Ukrainian war refugees beginning their studies in Tallinn University in the Fall of 2022 will be granted a tuition fee waiver for the 2022/2023 academic year.

The MA programme in Human Rights in the Digital Society is ideal for students who have a passion for human rights and a desire to make an impact in either the public or private sphere. But it is also tailored for those who have a keen interest in how the internet has changed the way societies functions and in the problems that arise when you try to apply traditional legal rules to the online world. The programme has been developed to allow you to focus on one of these main issues (human rights and digitalisation), while also gaining an understanding of the other. You do not need any detailed knowledge of law or digitalisation to study on this programme, just enthusiasm and motivation to develop the necessary skills and knowledge during your studies.

The programme is in cycle study form. Lectures and seminars take place during weekdays and the nominal time to complete the programme is four semesters. The programme is composed of compulsory law courses (54 ECTS), elective law courses (24/36 ECTS), open elective courses (6 ECTS), the master’s thesis (24 ECTS) and a mandatory internship (6 ECTS). The aim of the internship is to give students an opportunity to apply the skills and knowledge acquired in the classroom by working under the direction of a practicing legal professional. The students also participate in an interdisciplinary project (6 ECTS), which provides another opportunity to practice the skills they have developed. The courses include a mix of subjects that deal with human rights and digitalisation and also provide an opportunity to develop research skills throughout the four semesters.

Our faculty is international, with members from Estonia, Finland, Germany, Italy, Russia, China, and the United States of America. Further, among our faculty are past and current lawmakers (members of parliament), judges, lawyers, and well known legal scholars, which combines to make a well balanced legal education from the theoretical and practical viewpoints. 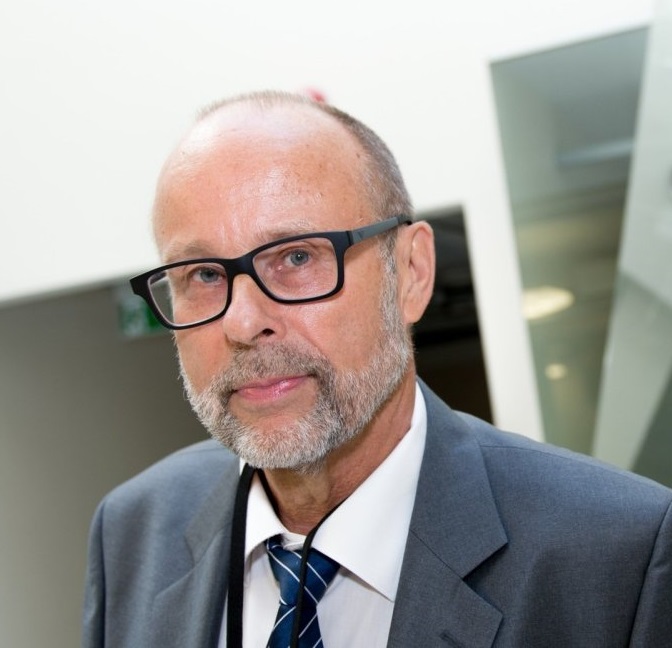 Rein Müllerson is the Research Professor of Law and Politics at Tallinn University and was the most recent past president of Institut de Droit Internationalis. He was Professor and Chair of International Law at King's College, London (1994-2009). He has been a member of the United Nations Human Rights Committee (1988-92), visiting centennial professor of the London School of Economics and Political Science (1992-94), and first deputy foreign minister of Estonia (1991-92). Professor Müllerson is an internationally recognized legal scholar, the author of eleven books on international law and politics and more than 200 articles and reviews. 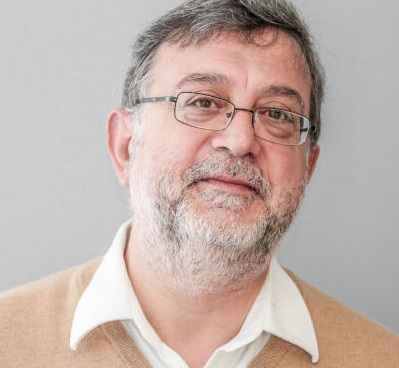 Massimo La Torre is the Professor of European Law at Tallinn University, and he is also a Professor at the Department of Law of the Università di Catanzaro (Italy) and at the Law School of the University of Hull (United Kingdom). He held numerous visiting professorial fellowships at European and American universities, and he was fellow of the Alliance Française, the Consiglio Nazionale delle Ricerche, the British Council and the Alexander von Humboldt Foundation. Professor La Torrie is a prolific writer on legal philosophy, political philosophy and questions of subjective rights, sovereignty, freedom, the rule of law and democracy. 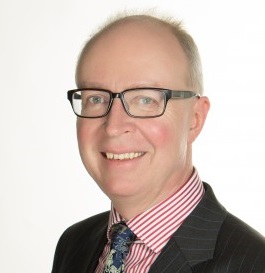 Mart Susi is the Professor of Human Rights at Tallinn University and the Head of the Law study area. Professor Susi is active in publishing articles and commentaries on human rights, with special focus on new human rights.

Samuli Miettinen is associate professor of transnational law at Tallinn University and holds the title of docent (adjunct professor/hablitation) in European law at the universities of Helsinki and Lapland He has taught a wide range of international and EU law subjects at European universities and is currently working on issues in EU public and criminal law. Miettinen is the author of The Political Constitution of EU Criminal Law (Hart, forthcoming 2017), The Europeanization of Criminal Law (Helsinki, 2015), Criminal Law and Policy in the European Union (Routledge, 2012) and The Sporting Exception in European Union Law (Asser/Cambridge, 2008, with Richard Parrish), some 40 longer articles or book chapters, and is co-editor of Data Protection, Privacy and European Regulation in the Digital Age (Forum Iuris, 2016, with Tobias Bräutigam). Miettinen was FIDE national rapporteur for Finland in 2016 (Competence) and 2014 (Citizenship), and is also contact point for Finland in the European Criminal Law Academic Network.

Igor Gräzin is Lecturer of Law at Tallinn University and a member of the Estonian Parliament. He taught law in the United States at the University of Notre Dame and was a research fellow at the Woodrow Wilson Center in Washington D.C. He has written academic papers on the philosophy of law, theory of legal interpretation, and macroeconomics. 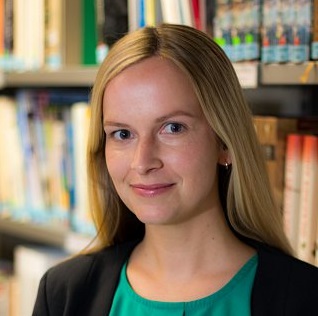 Lecturer of International and European law

Heiki Lindpere is a lecturer of International Law at Tallinn University. He is an internationally recognized expert on the law of the sea and a member of the Hague Permanent Court of Arbitration.

NB! Plagiarised motivation letters are not accepted in any form and will receive 0 points.

All applicants must show an identification document (passport or ID card) at the interview. With international applicants, the interview will be carried out via Zoom and for the purposes of identity verification, the admission committee has the right to record the interview.

Estonian citizens and holders of a long-term residence permit

If you are an Estonian citizen or a holder of a long-term residence permit, you can find information regarding the admission requirements and the application procedure in Estonian here and in English here.

The study programme develops knowledge and skills that open up different career paths in the modern legal world. Different opportunities will be available to you in both the public and private sectors.

Why School of Governance, Law and Society?

Tallinn University has many opportunities for students to have an active social life, such as choir singing, gym practice, and the chance to become involved in numerous student organizations and social clubs. SOGOLAS’s students have a student representation organisation, Civitas that takes care of students’ educational and social needs. And further, Law students have two organizations that support the academic and professional side of law studies and balance that out with recreational and social activities; the International Law Guild for students in Tallinn, and Primus Collegium for students in Helsinki. Both organizations arrange visits to law firms and legal institutions, host social gatherings and speaker events, and trips abroad. Furthermore, SOGOLAS organizes conferences and special events every year, open to students and researchers, as well as many public lecturers.

There is major human rights project that the law study area is coordinating and that organises exciting events that our students can participate in:

The project “HURMUR: Human rights – mutually raising excellence” is a European Commission Project funded under the first TWINNING call of Horizon 2020 (Project No. 692143). The project will decisively expand the world-class research area of human rights in Europe. Tallinn University Law School will develop research excellence of human rights and become involved in global research and regional dissemination networks through specific activities of an outstanding consortium, where two other partners are premier global academic institutions in the field of human rights – the Danish Institute for Human Rights and Walther Schücking Institute of International Law (Kiel University, Germany).
www.hur-mur.eu

Tallinn University has many opportunities for students to have an active social life, such as choir singing, gym practice, and the chance to become involved in numerous student organizations and social clubs. SOGOLAS’s students have a student representation organisation, Civitas that takes care of students’ educational and social needs. And further, Law students have two organizations that support the academic and professional side of law studies and balance that out with recreational and social activities; the International Law Guild for students in Tallinn, and Primus Collegium for students in Helsinki. Both organizations arrange visits to law firms and legal institutions, host social gatherings and speaker events, and trips abroad. Furthermore, SOGOLAS organizes conferences and special events every year, open to students and researchers, as well as many public lecturers.

Tallinn University has a modern urban campus located in the center of the city. The airport, train and bus stations are just a few minutes away by public transport. The beautiful view of the harbour is a constant reminder that students studying at Tallinn University are in the center of a major European hub. Our students have access to physical and online libraries, computer labs, cafeterias and cafes. Further, the university has all the facilities necessary for a productive learning environment and ample opportunities for leisure, sports, and social activities, all leading to an exciting and well-balanced student life. Take a walk around our campus via the virtual tour!

Our law program is taught entirely in the English language by competent legal professionals and legal scholars. Our student body is international, with students from many countries in Europe, as well as students from Africa, Asia, and the Americas. Day-to-day student life is always international at Tallinn University, as our program is closely connected with other English language programs and among your classmates, you will frequently find Erasmus students who have come to visit.

If you are interested in how the law impacts our daily lives and how disputes are settled in an increasingly globalized world, then studying law at Tallinn University is for you! The programme focuses on European and International Law.