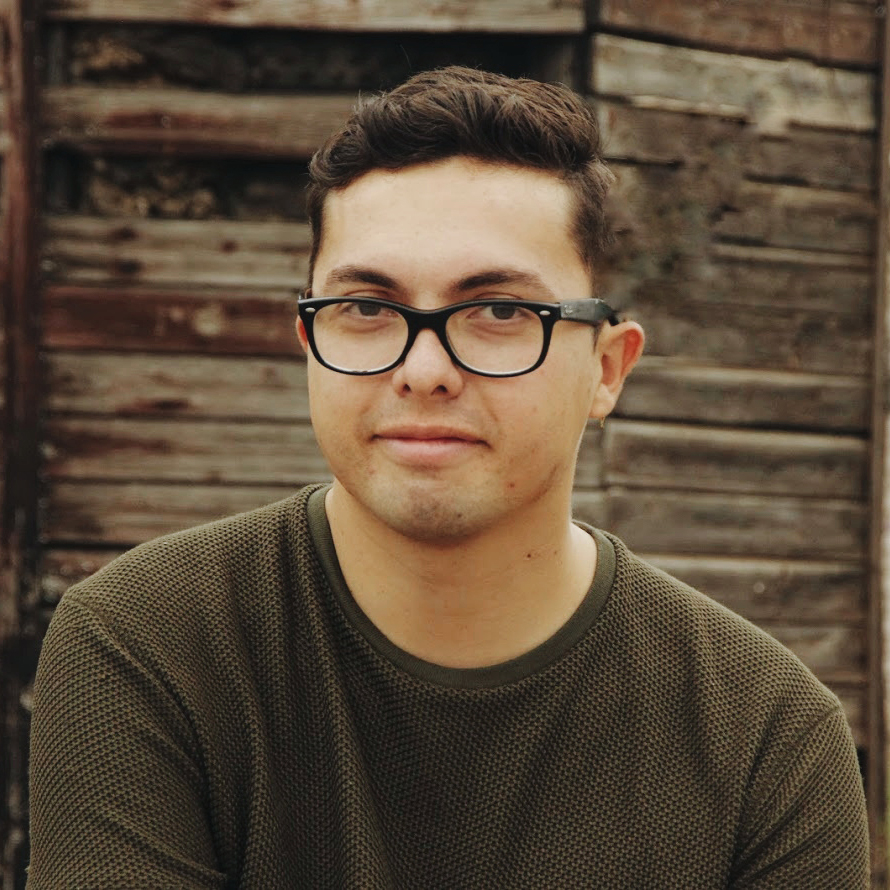 "What does it mean to study Liberal Arts? It means freedom and dynamics, possibilities and support. I recommend this course to everybody!" Read about his experience here.

We invite students whose interests are not limited to one of the traditional discipline in humanities, but who are interested in combining several disciplines within our study programme.

Good English skills are required, and curiosity, openness to different ways of thinking and desire to find out things for oneself make the experience with us even more worthwhile.

As a student you will have to pass university-wide courses (Introduction to the Humanities, Critical Thinking) that are taught to all our BA students at Tallinn University.

In addition, you work through a major project course ELU, which is devoted to solving a particular problem in an interdisciplinary team. It employs the method of problem-based learning and develops team-work and problem-solving skills that are essential in the present day job market.

There are courses that help to deepen the understanding of the Humanities, and you will have to engage in practical activities.

You will improve your language skills and acquire at least a modest level of Estonian language.

From the second year of studies, you will choose two modules to specialise in, out of the following:

Two modules of your choice must be completed in full. In addition, you may choose individual subjects from all the seven modules as free electives.

Open electives enable you to develop unique and meaningful entities of your own. 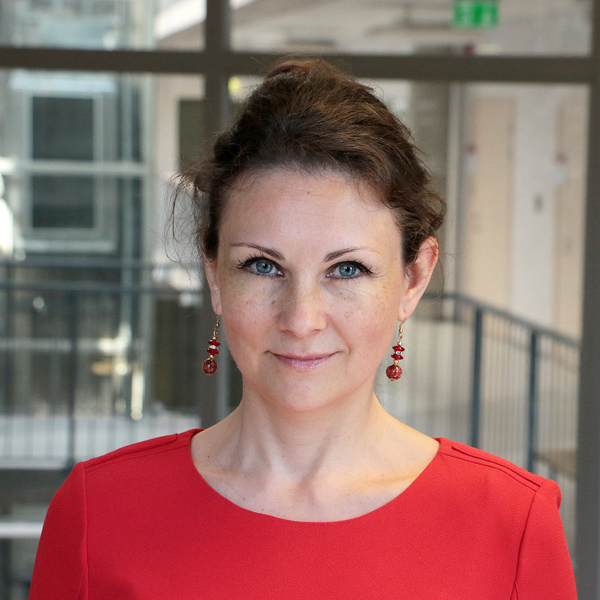 Associate professor of British literature, head of the programme 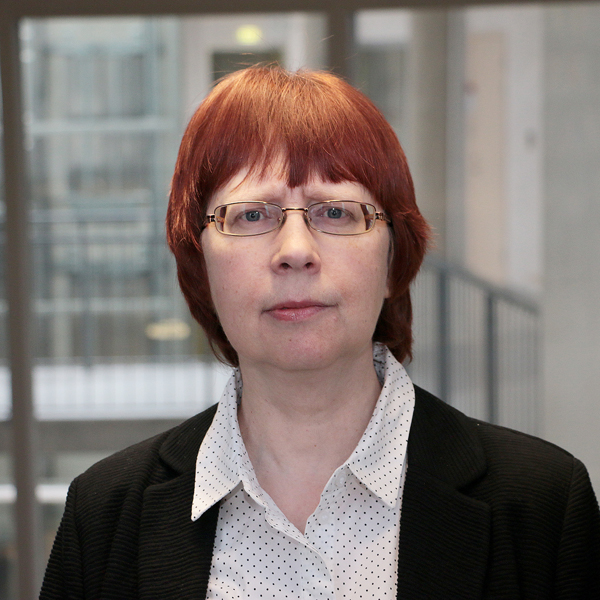 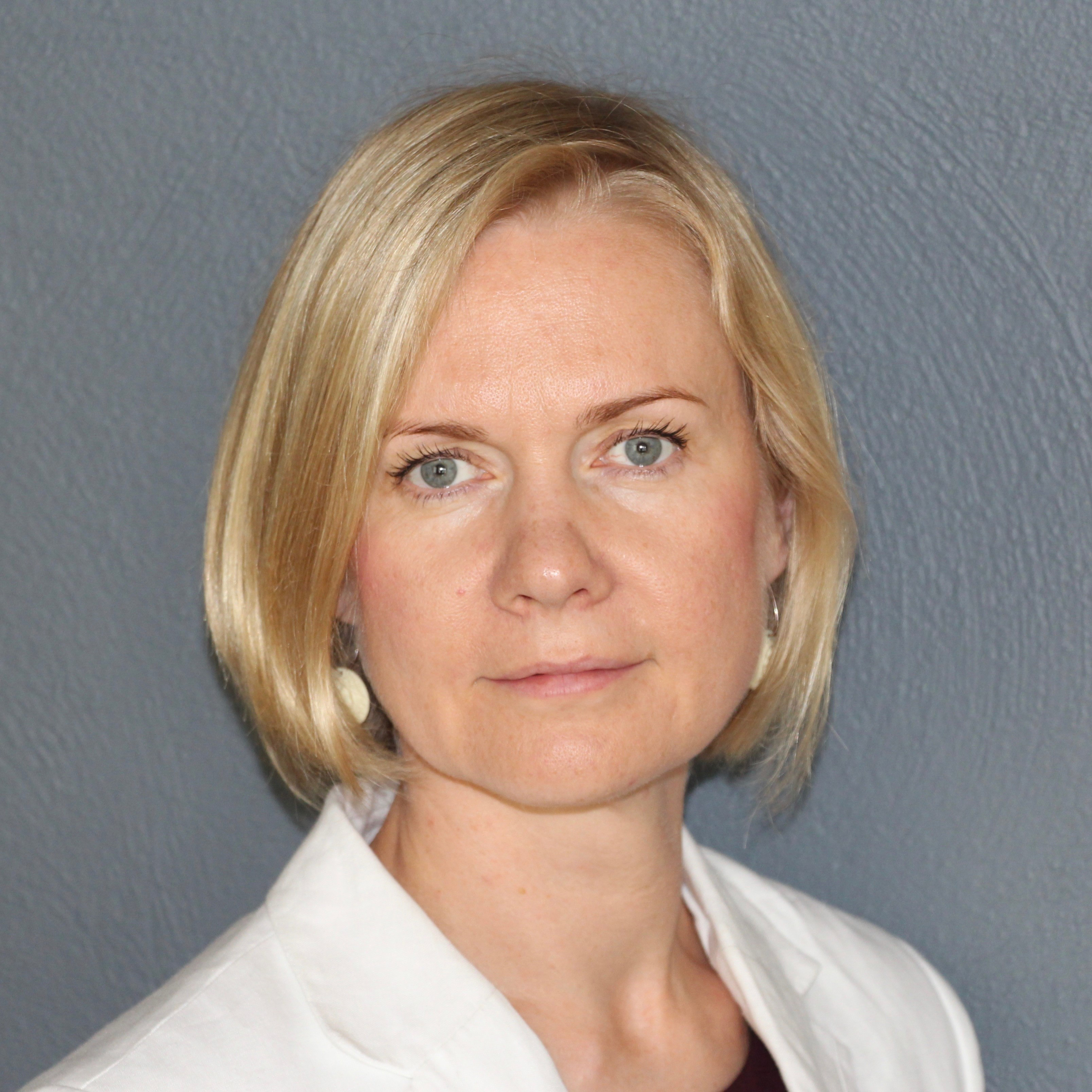 Eneken Laanes is the Associate Professor of Comparative Literary Science and Culture Analysis at Tallinn University and Senior Researcher at the Under and Tuglas Literature Centre of the Estonian Academy of Sciences. Her research deals with transnational memory and transcultural memorial forms in the post-Soviet memory cultures of Eastern Europe. Laanes studied comparative literature at the University of Tartu, University of Bologna (Spring 2001), the Free University of Berlin (2003–2004), She has been a Juris Padegs Research Fellow at Yale University (2013–2014). She is the author of Unresolved Dialogues: Subjectivity and Memory in Post-Soviet Estonian Novel (in Estonian, Tallinn: UTKK, 2009) and co-editor of Novels, Histories, Novel Nations: Historical Fiction and Cultural Memory in Finland and Estonia (Helsinki: SKS, 2015). 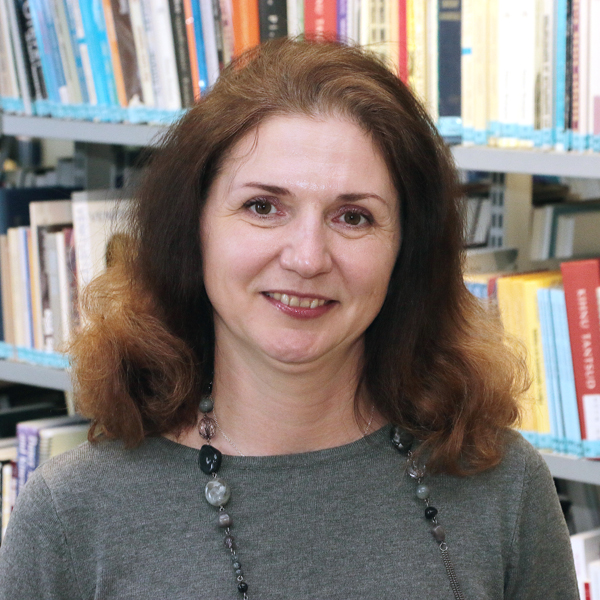 Natalia Tšuikina is a lecturer of the Russian language. She graduated from Saint Petersburg State University and achieved her doctorate degree (candidate of philological sciences) researching the functioning of the semile in a literary text; in 2002 she started teaching and research in Tallinn University.

Her research interests include not only different aspects of text analyses, but also trends in the modern Russian language orthography and punctuation, she works on questions of language and culture, and language game usage in everyday life. Being a teacher of practical Russian courses, Natalia Tšuikina has paid particular attention to the issues of teaching Russian to foreigners and to those who speak Russian as a heritage language. 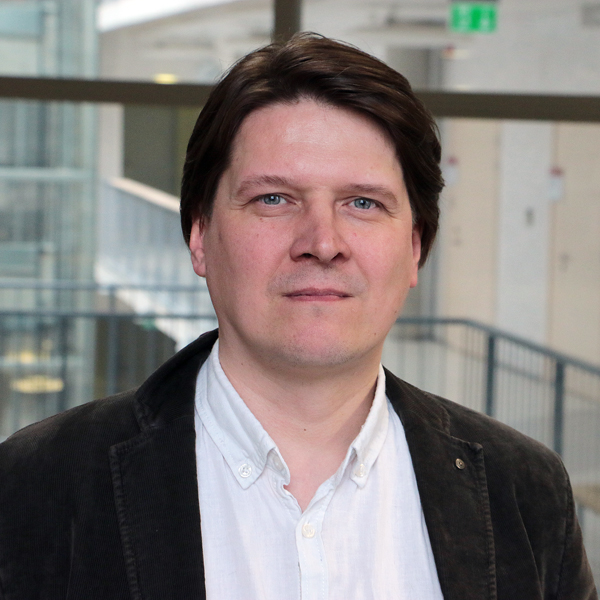 Alari Allik (PhD) is a lecturer of Japanese studies. He has studied in Tōkyō and Ōsaka and teaches courses on Japanese literature, religion and philosophy. His research deals with biographical and autobiographical writings and the ways the identity of the authors was constructed in Medieval Japan.

In addition to his research Alari Allik has also translated and commented on classical Japanese literature. His translations of Saigyō's "Mountain Home" (Sankashū) and Fujiwara Teika's small anthology "One Hundred Poets, One Poem Each" (Ogura hyakunin isshu) have been published by Tallinn University Press. 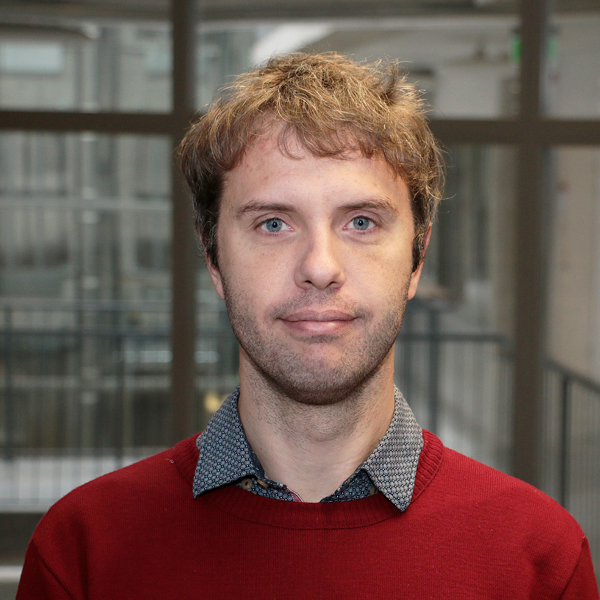 Uku Lember is a lecturer of history. He graduated with a degree in finance from Tartu University and then studied history at Master and PhD level at Central European University in Budapest. He has received scholarships for studying at Cornell University (USA), University College London (UK) and Uppsala University (Sweden).

Uku Lember’s major research areas are the history of the Soviet Union, memory politics, nationalism and Queer-history. His doctoral dissertation centred around the Soviet-era marriages between Russians and Estonians from the perspective of biographical interviews. Recently, he has engaged in family histories and changing memories in Ukraine during the current military conflict. In the near future, he will collect interviews and work on Soviet era queer histories. In 2015, Uku Lember was nominated a laureate of the young scientists’ competition of the Estonian Academy of Sciences. 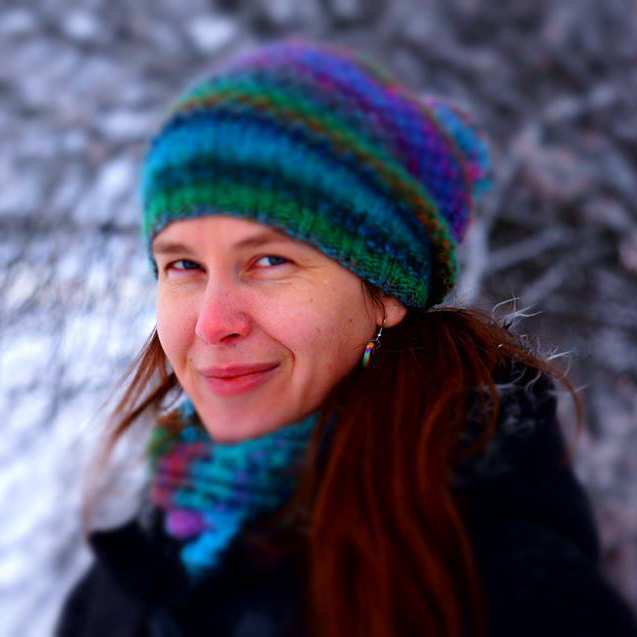 Marje Ermel is a Lecturer of Anthropology. She became interested in Social Anthropology while studying in First Nations University of Canada in Saskatchewan where she researched issues of cultural identity of First Nations People. After her studies in Canada, Marje Ermel travelled extensively in Australia and Asia. She did her graduate research in Social Anthropology at Tallinn University and complemented her studies at the University of Aberdeen. Her current research is on the transnational Hare Krishna community in West Bengal, India. This project focuses on the relationship between sound, listening practices, perception, and well-being amongst Krishna devotees.

In order to apply for admission, the candidate must submit the following documents:

Language test for EU/EEA citizens can also be carried out at Tallinn University.

Letter of Motivation (ca 500 words) must be added to your application. The letter must state clearly:

The candidate must choose two texts to read through in full, think of their meaning, why they are important texts in the particular area, how they represent important aspects of culture, history, anthropology, or literature; what important issues they raise and what is your opinion of these issues; have you read something similar before, is it connected to your areas of interest, etc.

Candidates who have work experience as volunteers may receive up to 4 additional points for their activities.

The candidate should add to the application a short description stating the name of the organization, the period of work as a volunteer, how many hours in total, and describe the tasks and duties carried out. A letter of confirmation from the organisation should be uploaded into the application database.

NB! The admission board has the right to decide, whether the candidate will get these additional points and how many points will be given.

Our Students and Alumni 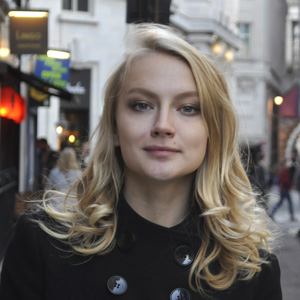 When I made a decision to study Liberal Arts at Tallinn University, I didn't have a particular idea of what I wanted to become in the future. I have always been good at humanities and had a general interest in anthropology, so I decided that this course would fit me nicely. My mother had obtained her first degree from Tallinn University back in the 80s, some of my friends had also studied here; thus I imagined that there must be a good level of higher education.

The course had, in fact, exceeded my expectations. I think that an interdisciplinary programme such as Liberal Arts is a good foundation when taken at BA level. It gives you versatile knowledge, and very soon you begin to see that all subjects are connected. Being able to choose your classes is a great chance to work with different professors and make the most of your degree. Moreover, Tallinn University gives you an opportunity to learn foreign languages (for me, it was French).

I am currently doing an MA in Material and Visual Culture at University College London. After obtaining my Master's degree, I plan to continue my studies at the doctoral level. 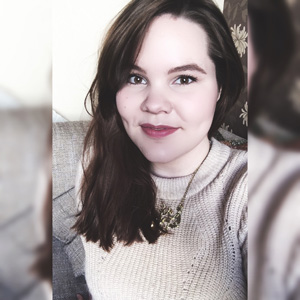 I chose to study in the Liberal Arts programme because it offered a wider range of options and opportunities than regular study programmes. My studies never got boring because there was so much diversity in the courses I have taken. Liberal Arts has provided me with a great platform for future master's degree studies; I was not limited to one subject field but I had multiple choices. Tallinn University is a great university to do these studies because of the easy application process and variety of the studies. Getting to know Tallinn, Estonia, and Estonian culture while studying here has been one of the most rewarding part of my studies.

I was an Erasmus exchange student in the Netherlands for the autumn semester of 2016. 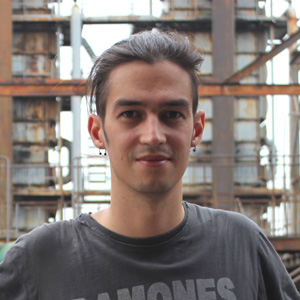 An advantage of doing a bachelor degree in Liberal Arts is the possibility to combine different disciplines in one study programme. I have already a degree in the technical field, but always had a general interest in Humanities as well. The Liberal Arts programme at Tallinn University provides a good opportunity to get an overview of the field and develop a basic understanding of a wide variety of academic disciplines and acquire necessary skills for further studies. Different modules offer a scope to discover new interests and explore them deeper.

However, such a versatile and flexible curriculum brings also some frustration into your life. During my studies here, I had always trouble explaining to my friends that at the end I won’t have a diploma, which endows a particular profession. Liberal Arts means freedom; it is a good start that helps you to find your way and decide about further specialisation. In my case, majoring in Philosophy and Anthropology led me to the field of Cultures of Knowledge and Technology, which brought together my current studies with my previous experience. Nevertheless, it’s quite flexible to make me eligible to apply for almost any master's programme.

Studying in English means that you encounter many international students and have a lot of friends from different countries. You can also spend a semester or two abroad. I went on Erasmus exchange to the Netherlands (autumn 2016 and spring 2017), which benefited my studies by adding a unique cultural experience and courses I could never have at my home university.

Graduates will be equipped to work in any area that requires excellent skills in core competences of a BA graduate. Our graduates will have a better interdisciplinary approach to the issues they will have to tackle.

The prospected career options include areas where independent working skills, a critical mind and teamwork skills are useful. Internship opportunities either during the studies or as a graduate will help to put acquired knowledge into daily use.

The graduates will be prepared to continue their studies at MA level, following one of the MA programmes offered by us, or anywhere in the world. 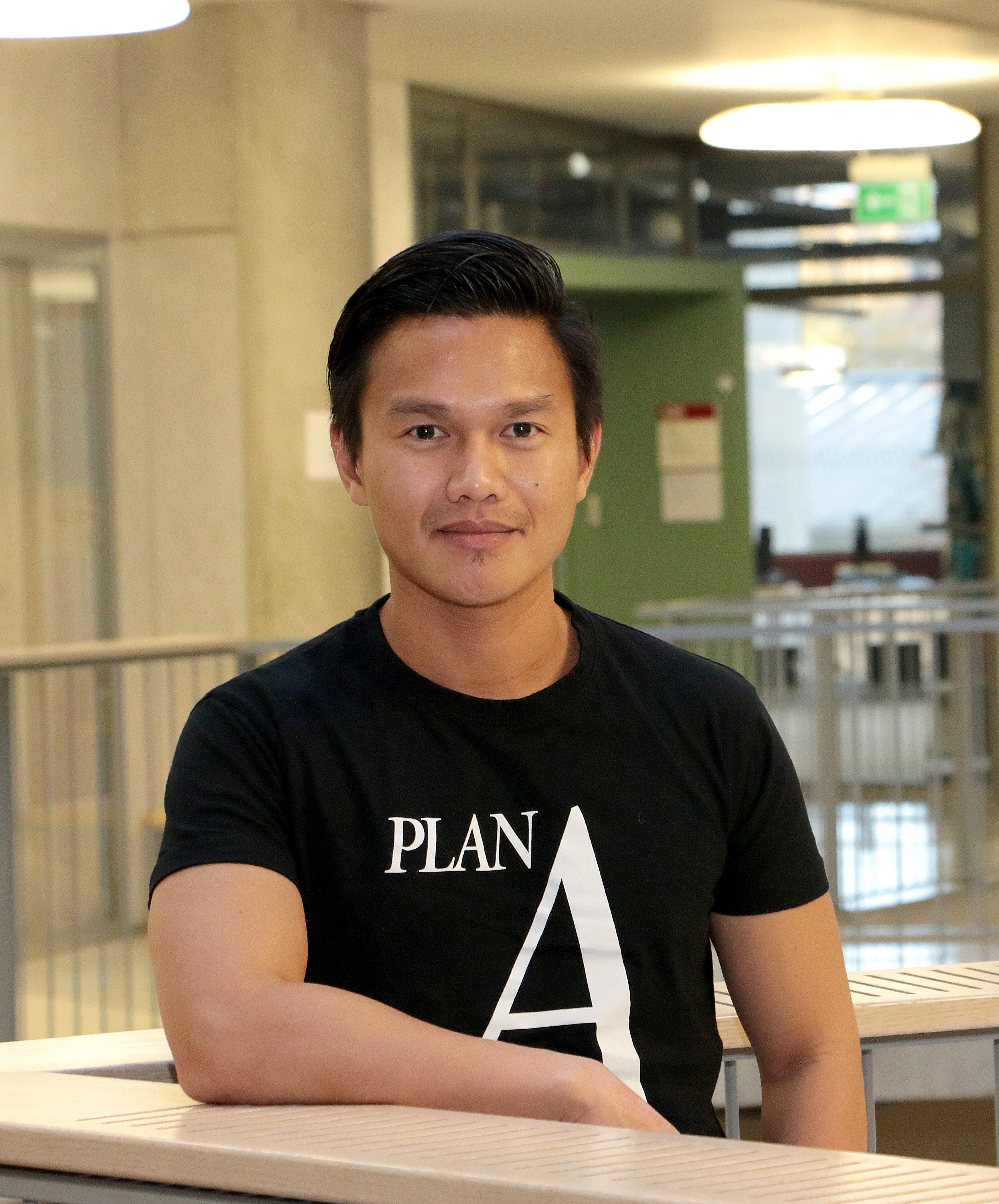 Liberal arts ideology comes from the era of antiquity. It is the idea that a free person must know certain things to be a good member of society. Tallinn University’s liberal arts in social sciences does not teach rhetoric or grammar but does give you all you need to know about social sciences.

Engage in a broadly interdisciplinary study of the relationships between literature, visual culture and film in contemporary and historical contexts. Gain cutting-edge theoretical insights into intermedial aesthetics and into the philosophy of literature, art and film. Equip yourself with critical tools for the cultural analysis of contemporary image and text-based media.