DIRECTING INTENSIVE with Jeremy Kagan
Professor Jeremy Kagan is an internationally known film and television director and has been the directing track head
at The School of Cinematic Arts at the University of Southern California where he teaches directing courses at the graduate school and runs The Change Making Media Lab www.cmml-usc.org. He is also author of three books on directing including the new interactive eTextbook – Keys to Directing www.keystodirecting.com
His directing intensives emphasize performances and rehearsal techniques as well as use of camera for storytelling. Knowing that the director’s prime responsibility is motivating the actor’s performance, the designs of the courses are to expose the students to a number of “tools’ they can use to achieve the best from their actors.
The workshops are in depth examination of the rehearsal process as scenes are presented to discover alternative ways of achieving a variety of performances. The courses also provide an opportunity for in-group dynamics that are essential to directing by having each student take on the production jobs of camera and sound for their fellow students when they themselves are not directing. (If the program includes camera people, and sound technicians and editors then they would fill these roles.)

The syllabus:
Each directing student will prepare a five minute scene. (These scenes should be written before the course begins; if the course is the eleven day than two scenes will be prepared.) The scenes should be taken from stories the students are
interested in telling and should be a two character scene; and if there is a second scene, this too no longer than five minutes in length, but should have three of more characters in the scene.
The material the students choose can come from any source, though I discourage using scenes from movies that have already been made. Each student will also need to have cast these scenes with actors before the course starts if indeed actors are available to them. Each student will then bring in the actors for a session where they will rehearse with their actors in front of the class, and then on the following day shoot the scene, and on the next day edit the scene.
This cycle will be repeated for the second scene that they bring in for the longer course.

The resources needed to shoot the scenes are best with digital cameras and separate sound/boom recorders and a cameraperson and one sound person and then for editing either avid or final cut pro. Mobile devices with video digital movie recording capacities can be used if that is all that is available.

The specifics:
The first class is a two and a half hour lecture on the concepts and tools for motivating performance. It includes
a power point presentation with appropriate video clips that will be referred to throughout the sessions.
The second session is a practicum where I apply the theory of the first class by working with two actors. I will need
two actors – male and female around 18-30 years old who speak English well. They will work with us for about three
hours.
These two sessions can be done on the same day or over two days. The next class will begin with rehearsals: either two or
three during the day depending on the number of students. The next day for me would then be split between visiting
the sets of the first group and the rehearsals of the second group. The following day group A would cut, group B would shoot,
and group C would rehearse.

Includes the above but the last two days consists of.
1 - a lecture on camera use.

2 – an application of some of these principles by shooting one 5 minutes scene with the students using minimum camera
and sound available equipment.

I have taught these kinds of intensives in France, Hamburg, Viet Nam, Ireland, Lebanon and Israel. 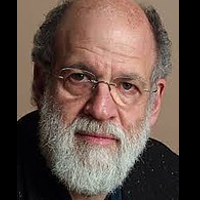 Professor Kagan is an internationally recognized director/writer/ producer of feature films and television and a popular tenured professor. He is currently in postproduction on a feature called SHOT about what one bullet does to three lives. Among his past eleven feature film credits are the box-office hits HEROES about a returning vet, the political thriller THE BIG FIX, THE CHOSEN (2 time Grand Prize winner), and THE JOURNEY OF NATTY GANN (Gold Prize Moscow Film Festival). Among his many television shows are KATHERINE: the Making of an American Revolutionary, and HBO’s CONSPIRACY: THE TRIAL OF THE CHICAGO 8 (ACE Award for Best Dramatic Special). His film ROSWELL, THE UFO COVER-UP garnered a Golden Globe nomination and he directed the pilot for the hit series DR. QUINN: MEDICINE WOMAN.
Other television films include, for Showtime THE COLOR OFJUSTICE about racism and BOBBIE'S GIRL about a lesbian couple and CROWN HEIGHTS about the 1991 riots. This movie won the Humanitas Award for "affirming the dignity of every person." Professor Kagan has won an EMMY for Dramatic Series Directing and directed many famous television shows including "West Wing" and Steven Spielberg's "Taken." He produced and directed a ten part series called FREEDOM FILES on issues of social justice including racial profiling, LGBT rights, voting rights, the drug wars, dissent, women’s rights and religious freedom. He has made films for The Doe Fund, which is the most successful program in America, helping the homeless, and for Bioneers and Treepeople both organizations committed to sustainability issues. Professor Kagan teaches graduate courses at USC in directing and has created the Change Making Media Lab www.cmml-usc.org, which specializes in developing and creating Entertainment Education (EE) that emphasizes the values of narrative dramas and comedies to successfully motivate behavior change.
He has produced and directed short films comparing the informational documentary
to the fictional motivational on health subjects including HPV and cancer and the American Public Health Association gave his work the Best Media award. He has made other award wining EE videos on ADHD and environmental issues and is currently preparing a series on childhood obesity.

Professor Kagan is author of DIRECTORS CLOSE UP, vol. 1 and vol. 2 as well as the interactive eTextbook KEYS TO DIRECTING. He has served as the Artistic Director of Robert Redford's Sundance Institute and is Chairperson of Special Projects for the Directors Guild of America, which provides educational, cultural and technological information and events for its 16,000 members. A Graduate Fellow of the American Film Institute, he has an M.F.A. from NYU and a B.A. from Harvard University. He has taught master seminars on filmmaking in France, Germany, Hong Kong, India, Ireland, Israel, Lebanon and Vietnam. His near death experience is recorded in his illustrated eBook MY DEATH: A Personal Guidebook.